Macquarie Radio Network (MRN) will acquire Fairfax Media’s 2UE, 2GB and 2CH in Sydney, following the ACCC’s decision not to oppose the proposed move. Fairfax will also acquire 54.5% of MRN. MRN will divest 2CH in Sydney and 4LM in Mt Isa following the transaction due to regulatory requirements. ACCC chairman Rod Sims says market consultation with advertisers, advertising agencies, end-consumers and other radio stations and networks found that a Macquarie/Fairfax combined business would continue to face strong competition. “The ACCC considered the effect of the proposed transaction on the price of radio advertising, as well as the quality of news and other content provided to audiences.”

Val Morgan Cinema Network has formed a new insights and analytics division with the task of providing the business and advertisers with “more meaningful insights across cinema and outdoor”. Val Morgan marketing director Paul Butler will head the insights and analytics team, while marketing and research analyst Jo Juan Gardiner will become insights manager, announced managing director Daniel Hill. “With an ever increasing focus and need for data and insights at all levels of the business, I feel confident we are matching the expectation of the market. Alongside CineTam, DART and the recent Power of Cinema research study, Paul and his team will continue to provide insights that assist advertisers and media buyers to connect to an engaged audience,” Hill says.

The sixth product, designed for smartphones, is an adhesion banner, which stays at the base of the page as the reader scrolls. 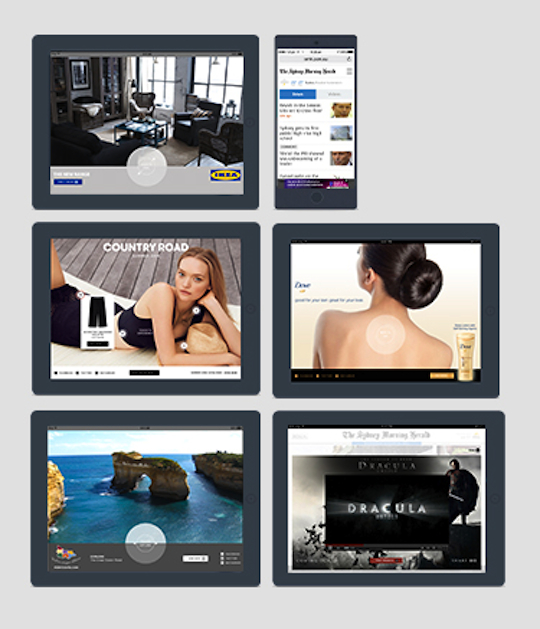 Free TV Australia has issued a statement warning against a proposed increase to SBS’ prime time advertising allowance to ten minutes, showing its strong concerns for the future wellbeing of the commercial television industry. “Free TV Australia stands by its analysis of the potential for SBS to increase its revenue if it is allowed to double its ad limits in prime time. SBS continues to assert that it will only gain an additional $28.5 million over four years, but there is no transparency of the revenue figures on which that claim is based,” Free TV says. “These proposed changes will allow SBS to compete directly with commercial broadcasters for prime time programming and audiences, and for prime time revenues.”