Fifield was previously Assistant Minister for Social Services and manager of government business in the senate.

He will take over Turnbull’s role of overseeing the NBN and ACMA.

The move follows a recent campaign by activist group Collective Shout to ban the magazine from the shelves of Coles and Woolworths. Coles pulled the magazine off shelves last month.

“It’s not an easy decision to close a magazine and we have certainly considered all options before coming to this conclusion,” said Bauer’s Ewan Page, associate publisher, men’s and specialist.

The final edition of Zoo Weekly will go on sale 12 October.

855,000 Australian homes are subscribed to television streaming service Netflix – 9.3% of the population, according to Roy Morgan Research.

Competitor services Stan and Presto are each in less than 1% of homes.

118,000 homes signed up to Netflix in August, representing a slowing of growth since the provider’s launch in Australia in April.

“These latest incoming subscription numbers, with a simple assessment at the change in growth rates since April, suggests Netflix is on track to reach one in 10 Australian homes in September, and to surpass the 1 million mark by October,” says Tim Martin, general manager – media, Roy Morgan Research. 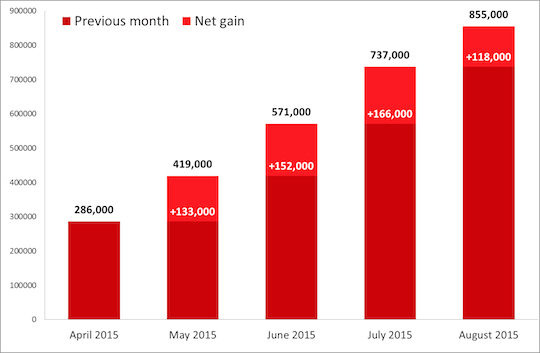 Former Deputy Prime Minister and leader of the National Party, Tim Fischer, has joined the ‘Save Our Voices’ campaign, calling for changes to outdated media laws that prevent regional broadcasters from competing fairly with their major metropolitan counterparts.

The campaign by Prime, Win, Southern Cross Austereo and Imparja includes TV and radio advertising supported by social media urging the public to pledge their support for changes to the Broadcasting Services Act.

The act currently restricts the number of types of media one company can own in a licence area, and the number of Australians each TV network is allowed to reach.

The internet has enabled internet news services and others to reach 100% of the population via smartphones, tablets, streaming services and catch-up TV.

“Changes to the broadcasting rules are urgently required if regional broadcasters are to compete on the same basis as everyone else in their local markets, and ensure that the big regional issues and important community information continues to get the coverage it deserves for the 9 million Australians living in regional, rural and remote areas.”

The Context Effect study, conducted by Neuro-Insight for Adshel, monitored respondents’ brain activity when exposed to advertising in and out of context.

When respondents were shown advertising in context, their visual attention, emotional intensity and engagement toward the ad increased – leading to greater memory encoding.

Retargeting company AdRoll has released data from a study of 20,000 customers on Facebook, looking at 55,000 campaigns which served 37 billion impressions worldwide between 1 July 2014 and 30 June 2015. Key findings include:

The subscription television industry invested a record $796 billion into Australian content during 2014/15, according to industry body Astra.

The industry produced 1,243 hours of content for digital consumption outside traditional broadcasts.

The most amount of hours dedicated to local content was in sport, with more than 23,180 hours of first-run Australian content broadcast during the period.

Niche Media, publisher of Marketing, has launched a new magazine, Mezzanine, to cater to the “growing sophistication in the design community”.

“The renovation phenomena is well and truly ingrained in our society and there is a huge proliferation of magazines that are catering to the needs of home decoration. Mezzanine is for the people who care about design, the origins of furniture, what it means to have original design versus imitations.”

Editor and creative director Marcus Piper says Mezzanine has a “distinct point of difference” to other interiors magazines in the market.

“We have thought through the entire experience of the magazine from the engaging a potential reader in the newsagent through to how it functions in their life. The magazine’s size, finishes, binding and density of content are all very deliberate and true to our aim of creating an accessible, functional magazine.” 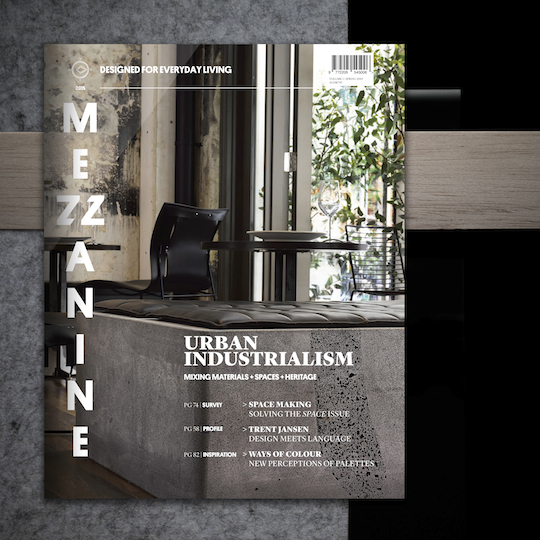