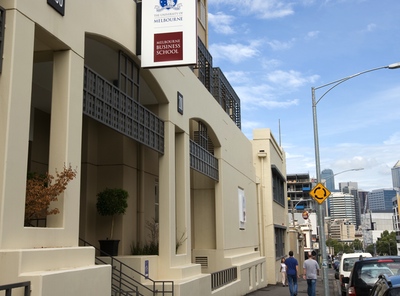 The Financial Times has rated the Melbourne Business School’s marketing teaching as among the best in the world, as part of its global study of MBA courses.

According to the Financial Times Global MBA Ranking 2012, Australia’s leading MBA schools are mixing it with the world’s best.

Dean of the Melbourne Business School, Professor Zeger Degraeve says the school’s strengths in marketing are recognised by students and employers: “Our marketing faculty members are renowned for their excellence in research, and their unrivalled connections through their consulting and executive education work,” Degraeve says.

Students who completed their MBA at the Melbourne Business School in 2008 now earn an average salary of US$110,978, slightly below their AGSM counterparts who take home an average of US$ 118,943 per year.

89% of Melbourne Business School graduates were employed after 3 months, compared to 93% for AGSM.

Compared to the top marketing schools around the globe, Australian salaries are not too far behind. Students from the top placed marketing school (Kellogg School of Management at Northwestern University) earn an average of US$145,834, while the average across the top ten marketing schools is US$120,612.

Accordingly, the highest earning 2008 alumni hail from Stanford, taking home US$191,657 per year on average.