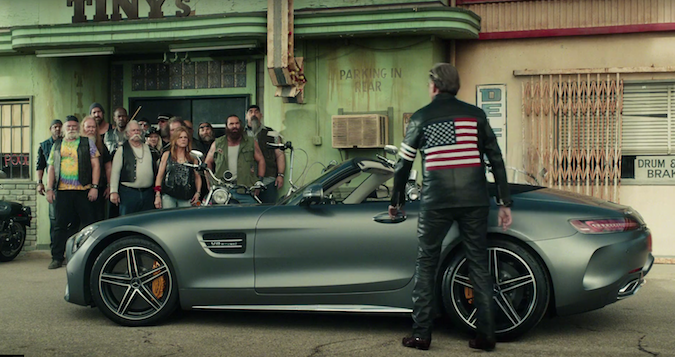 The Coen brothers have directed their first Super Bowl ad, a 30-second tribute to the movie Easy Rider for Mercedes Benz.

Mercedes-Benz’ 2017 Super Bowl commercial is directed by the Coen brothers and establishes Mercedes-AMG as its own brand.

The ad is a tribute to the 1969 film Easy Rider, complete with Steppenwolf’s ‘Born to be Wild’ as a backing track and a cameo appearance from the film’s star, Peter Fonda.

“It’s still part of the Mercedes-Benz family – it’s called Mercedes-AMG – and what we’re really beginning to do is put the AMG piece of it front and centre,” he says.

The 30-second ad will debut during the fourth quarter of Super Bowl LI, which is being played between The Atlanta Falcons and New England Patriots on Monday 6 February.

30-second ads for this year’s Super Bowl are reportedly costing at least $5 million.

It’s a big day on the advertising calendar, brands confirmed to have ads this year include Australian winemaker Yellow Tail, Snickers, Intel, Kia and Skittles (below).