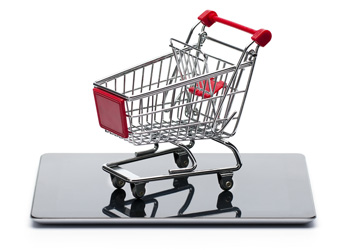 Mobile shoppers are burning the midnight oil in the lead up to Christmas, making most of their purchases late at night, suggesting many shop from bed or after a trip to a physical store.

In the lead up to Christmas, PayPal Australia reports significant day-on-day increases in mobile transactions, with peak hour coming on Thursday nights between 10pm and 11pm, mirroring the traditional retail late-night shopping evening.

Compared with 2011, mobile purchases are tracking substantially higher so far during the Christmas shopping period. This growth is aligned with Nielsen research predicting consumer purchases on mobile devices will total $5.6 billion in 2012, up from $155 million in 2010. The research also indicates one in three (31%) Australians have transacted on mobile devices, with 22% using a mobile device for a retail purchase over the lead up to Christmas.

PayPal Australia managing director, Jeff Clementz says the rate of growth is far exceeding expectations for the holiday season, marking a huge shift in shopping behaviour as more and more shoppers are using their mobile devices to make purchases.

PayPal’s data shows in the last five weeks, transactions via mobile immediately after stores close are up, with 30% of transactions occurring between 8pm and midnight. The heaviest spend levels over this period have been on a Thursday night, suggesting that many shoppers search for deals on products they may have seen during late-night hours.

“Our data demonstrates that for consumers, there is residual ‘shopping time’ continuing on from the ‘in-store’ experience after they leave the shopping centre, on their mobile devices,” Clementz adds. “Additionally we are seeing consumers shop in short, mission-focused bursts on mobile devices as they knock items off their Christmas list while commuting or relaxing at home.

“Our data illustrates how mobile and traditional retail are complementing each other and quickly changing social habits.  We expect mobile shopping to continue increasing up until a few days before Christmas, where it will drop off as last minute Christmas shopper head in-store.”