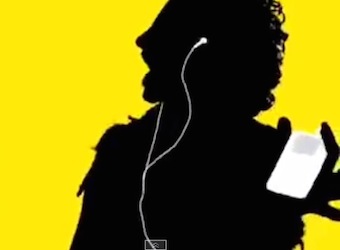 Thursday 24 November 2005 – The ownership of iPods in Australia has ballooned over the past 12 months, until it seems that every commuter is sporting those distinctive white earphones. A recent study by TNS, an international marketing company, has suggested that mobile phones with music capabilities are serious challengers for the mobile music crown, specifically referring to Apple’s iPod within the report, claiming that this developing technology will be the next major music trend. However, many of the report’s figures are misleading, referring to future or potential usage rather then current trends, and many of the findings refer to the mobile music trend in general rather than mobile phones with music capabilities.

The report claims that as proof of the growing appetite for music on mobiles, more than a third (35%) of phone users globally chose mobile music as one of the five applications they would like to start using, or use more in future. This puts mobile music in top place as the application with the highest potential, ahead of a built-in camera (34%), SMS (28%), live radio (25%) and a video camera (24%). These figures, referring to potential future usage, are much more convincing than those regarding the actual, current, global usage of the technology. The countries that make the most use out of the music capabilities of their phone are Hong Kong and South Korea, both reporting that 26% of their populations listen daily or weekly. Interestingly, Australia and the US reported very low levels of usage, 10% and 4% respectively.

The report lists several reasons for the apparent sky-rocketing of usage of mobile-phone music technology, listing the relief of boredom is the key driver for people tuning in on their phones, as 47% of survey respondents who listen to music on their mobiles do so when travelling on public transport, or while waiting for an appointment or people. However this finding would not be limited to mobile phones, but the use of any mobile music device, including the ubiquitous iPod.

The report does make a glancing reference to the limited actual usage of the technology and lists the factors which are currently deterring deterring mobile users from downloading more songs onto their phones. These issues include insufficient memory, poor quality of the listening experience and the fact that transferring music from other devices is easier than downloading. These are very real problems with the technology, but there are still more. Accessibility and the pricing of downloads as well as the capability of handsets are also significant problems which will stand in the way of mobile music becoming increasingly competitive with personal digital music players.

The stumbling block for this technology, and the report aimed at thrusting it into the public arena, is that it relies on the elements of the population that are early adopters of such technology: the younger population. However, with inherent problems preventing ease of use (problems which will not be remedied before newer, cheaper, and faster versions of the iPod appear on the market), and the fashion-consciousness of this younger population group who will always prefer the white ear-pieces to the generic set provided with their mobile phone, it is unlikely that iPod’s mobile music crown will be seriously endangered.

This article was published on Marketingmag.com.au on Thursday 24 November 2005, and retrieved from the Wayback Machine on 14 July 2014.