Crust Pizza gets punny for latest campaign – ‘Prawn to be Wild’

Crust Pizza gets punny for latest campaign – ‘Prawn to be Wild’ 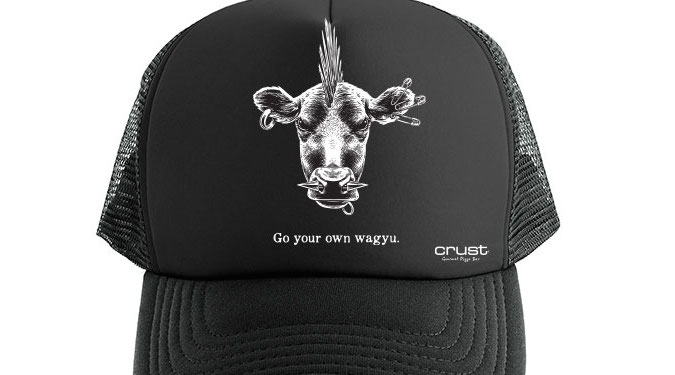 Crust Gourmet Pizza Bar has launched its new campaign, challenging its customer base to ‘Live Life on the Crust’.

Launching over radio, outdoor, television, digital and a new clothing range today is Crust Gourmet Pizza Bar’s latest campaign, ‘Live Life on the Crust’. The new campaign by Mediahub and 303 MullenLowe encourages Crust’s customer base to live ‘dangerously’, establishing itself as “the challenger to the bland.”

“‘Live life on the Crust’ is a positioning that feels true to the DNA of our brand,” says Zoe Jacovou, divisional marketing manager at Crust Pizza. The campaign features a series of 16-second spots, highlighting Crust’s new pizza range; ‘Prawn to be wild’, ‘Go your own wagyu’, ‘Go out on a lamb’ and ‘Let’s play devil’s avocado’.

The brand worked with Mediahub Australia as its integrated media agency and 303 MullenLowe as creative partner to deliver this campaign. CEO at 303 MullenLowe, Nick Cleaver says, “Crust Pizza is for people who never settle for the ordinary and live life to the full. Once our creative and media teams had arrived at this insight, the campaign wrote itself.”

Managing director at Mediahub, Andrew Livingston says, “It felt from the get-go like a partnership that had the potential to stretch beyond pure communications and impact the wider business strategy and customer journey.”

Other players in the pizza industry have been all but shy to embrace playful campaigns in past years – in 2017 Pizza Hut USA released limited-edition high-top sneakers that allowed users to order pizza by pressing a button on the shoe’s tongue. The year before, Domino’s claimed the first successful testing of pizza delivery via self-guided drone.