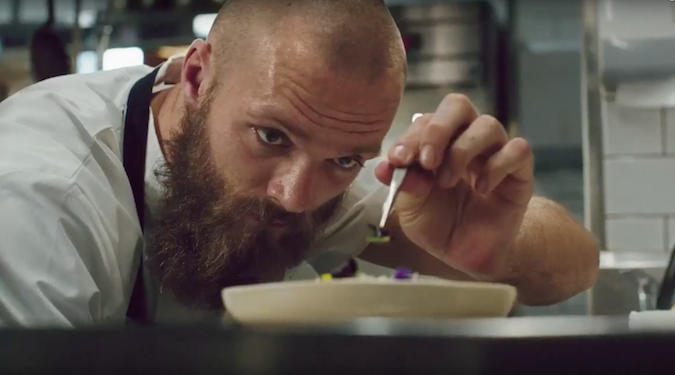 Mercury Cider has launched its latest campaign, putting AFL and NRL stars through the gruelling trials of ‘truly tough’ work.

“Through all of our discussion with consumers, it’s become clear that Australia’s views on what defines tough have shifted,” says Mim Orlando, brand director of cider and spirits at Anheuser-Busch InBev.

“The AFL/NRL players have always been exceptionally tough, but the fans seem to have a greater appreciation for tough acts of all kinds, not just physical.”

The campaign’s two 30 second TVCs, courtesy of PHD Content and directed by Dylan Harrison, see Gawn battle the full force of a commercial kitchen and Graham suffer the drunken antics of rideshare passengers.

“Tough comes in all shapes and sizes, and we’re proud to be able to reflect that in a fun way across our new campaign,” continues Orlando.

In addition to the TVCs, Mercury Cider has enlisted PR agency Bastion Effect to launch a nationwide study to uncover the true definition of ‘tough’ in 2018 and identify the toughest jobs in Australia. The campaign will also be supported by brand integrations across Fox Footy and Fox League.

Angela Rapley, director of content at PHD, says the agency has been “delighted” to complete its first work for CUB since winning the account in 2017.

“Hopefully the spots succeed in challenging the view of traditional toughness in a fun, tongue-in-cheek way,” says Rapley.