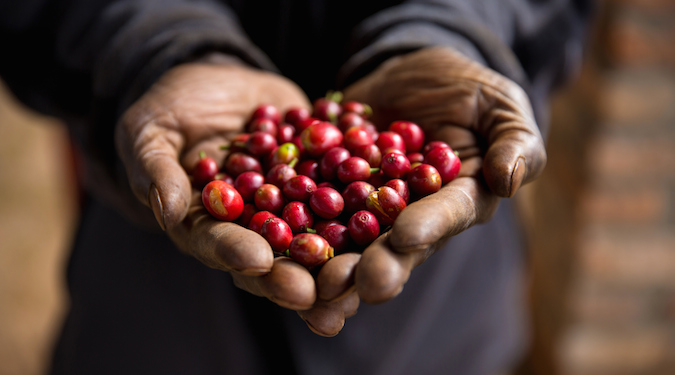 In a newsroom post on 21 March, Starbucks announced its pilot of ‘Bean to Cup’, using traceability technology to further transparency in the coffee bean supply chain. Several brands this year are turning their focus to sustainable farming, both Hershey and Cadbury are investing millions of dollars into sustainable cocoa farming.

“Many years ago, our controls and transactions were all done by paper, and today we are even talking about blockchain technology,” says Ronald Peters executive director of the Costa Rican Coffee Institute (ICAFE). “This shows us that, more than being at the front of every technological advancement, having the information and being flexible and adaptable are important.”

In 2015 Starbucks and Conservation International presented the ‘Sustainable Coffee Challenge’ at the UN climate negotiations in Paris, calling on the industry to make coffee beans the world’s first entirely sustainably sourced agricultural product. According to Starbucks, more than 90 suppliers internationally have agreed to joined the Challenge to prioritise sustainable coffee sourcing.

“The promise of connecting coffee farmers to coffee drinkers is an extraordinary leap in transparency and accountability,” says chief executive officer of Conservation International Dr M. Sanjayan. Starbucks says it has already invested more than US$100 million supporting coffee communities, improving farmer livelihoods, and dispensing loans to farmers. The pilot will be launching over the next two years with Starbucks-partnered farms in Costa Rica, Colombia and Rwanda.

“I’ve met farmers who have very little by way of possessions, but they have a mobile phone,” says Starbucks CEO Kevin Johnson. “Digital has become the economic engine of this century, and traceability preserves the most valuable assets we have as human beings – our identity.”

2018 seems to be the year for brands to reform their agricultural sourcing practices. Earlier this month, the Hershey Company announced its sustainable cocoa supply strategy ‘Cocoa For Good’, committing to a $500 million investment by 2030. In March, Cadbury paired its new ‘Half Glass Full’ campaign with a similar commitment of $500 million dollars, promoting ethical cocoa production across its supply chain.