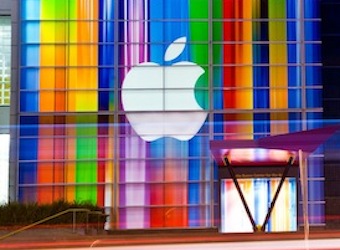 The stockmarket was hoping for great things from Apple’s earnings announcement for the December quarter. Most of all, they were hoping for something that would turn around a four month slide in Apple’s share price that has seen Apple lose nearly $200 billion in value. That is the equivalent of losing the entire value of Microsoft.

However, it was not to be. Apple’s first quarter earnings announcement for 2013 slightly missed analysts targets and the market responded swiftly with share prices dropping a massive 10% in after-market trading.

The fact that Apple could actually have a record quarter of sales of iPhones and iPads and still disappoint the market shows how out of love investors are with Apple. Apple’s overall sales were a record $54.5 billion, an 18% increase over the same period last year. Profit, however, was largely unchanged at $13.1 billion. The reason for this was increased costs of manufacturing, largely due to the number of new products that Apple released at the end of last year.

The market has been looking for a sign that Apple could do something ‘insanely great’. All year, it has been waiting for Apple to announce the next product or strategy that was going to move them on from just iPhones and iPads. For many, there was the hope that Apple would release their version of a Smart TV. Tim Cook had hinted as much in an interview but as yet, it has failed to materialise. Others believed (so far, wrongly) that Apple would get into music streaming and would release a service called iRadio to compete against services such as Spotify and Rdio.

Coupled with a lack of new initiatives has been the relatively lacklustre critical response to new releases of the iPhone and iPad. The release of the iPhone 5 and iPad 4 were seen as incremental and starting to fall behind technologies and designs being incorporated into cheaper Android phones and tablets, especially those from rival Samsung.

A brand for oldies in cardigans and slippers

For Apple, of possibly more concern is the general perception that its overall brand is suffering. Samsung in particular has done a brilliant job of portraying Apple phones as the type of phone your parents would own. This has seemingly already turned the teen market against Apple, who no longer see the iPhone as being ‘cool’.

Apple also took a massive credibility hit with the Maps fiasco. The maps application was shockingly bad and highlighted the disparity between the hype of its announcement with the reality of its use. This event became a tipping point for a large number of people who up to that time had not been fully ware of Apple’s “reality distortion field”. The Apple Maps application highlighted the difference between Apple and Google when it came to their ability to deliver services. Some commentators are now starting to think that Google will learn Apple’s design and manufacturing skills faster than Apple will ever learn how to deliver web services like Google.

The next six months

Apple’s share price forms only a poor proxy for how a company is viewed generally and there are many factors that will determine where the share price goes over the next 6 months. Technical analysts have described the stock as ‘broken’ and see its declines continuing with some support at the $425 level. Given the upswing in other stocks like Google, RIM and even Nokia, investors may simply just switch their allegiances elsewhere for the time being.

It is very tempting to draw parallels between the current situation with Apple’s mobile platform and where Apple was in the past in its battle with Microsoft over the PC market. If the past is repeated, Android and other phones will extend their domination of the global market and Apple will become a relatively successful but increasingly niche player.

Paradoxically, Apple can continue to be a financially successful company and continue to sell millions of devices but still end up playing a relatively minor role in driving future innovation and techno-social change.