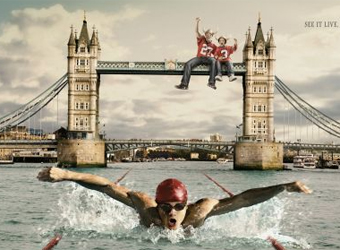 Advertisers have capitalised on the relaxation of rules that restricted outdoor media sites near Olympic venues to Games sponsors, prompting a buying frenzy.

Since restrictions were relaxed in January, non-sponsors are understood to have taken the majority of sites in the vicinity of Games venues, Media Week reports.

More than half of CBS Outdoor’s sites near Olympic venues have been sold to non-sponsors in categories approved by the London Organising Committee of the Olympic Games (LOCOG), such as the arts and tourism boards. Before the rules were loosened, a large portion of CBS sites were left unsold with sponsors focussing on premium sites.

While non-sponsors now outweigh sponsors in the Olympic zones, the value of sponsors still outstrips that of non-sponsors due to their focus on premium sites.

Business development director at media buyer Kinetic, Gideon Adey, told Media Week that the non-sponsor rush shouldn’t impact on the sponsors. “As a member of the public, you will not think ‘where are the sponsors?’ The sponsors have done big stuff such as station dominations.

“The non-sponsors have done normal advertising. Although in numbers terms, more ‘vicinity’ sites might have been sold to non-sponsors, they won’t look as though they are standing out.”