Two weeks ago, the President of Iceland filmed an address in English for his country’s tourism website: “Like other Icelanders, we are going to invite you to visit our home, and we will give you delicious pancakes with cream and sugar, a traditional Icelandic delicacy.”

From InspiredByIceland.com: Ólafur Ragnar Grímsson invites you to pancakes at the Presidential Residence.

Since then, dozens of Icelanders have filmed invitations to people of the world inviting them to visit Iceland and take part in various traditional Icelandic activities.

Eating sushi with the mayor of Reykjavíc, rounding up sheep, hunting geese, learning how to shoot the aurora borealis with a professional photographer… the list of invitations is growing daily, and it’s all part of a new marketing push by a nation that has faced more than its fair share of troubles over the last few years.

Hit harder than most by the GFC, which saw the collapse of its three major banks and the resignation of its government in 2009, followed by regional travel turmoil caused by the eruption of the Eyjafjallajökul in 2010, anybody could see it was a destination in need of some image work.

The ‘Inspired By Iceland’ campaign has been running since last year, with this ‘invitations’ push an attempt to breathe new life into it. And these are not just actors shooting quaint spots. The people are real and the invitations are real. Anna Björk and Thelma Rún (13 and 6, below) have posted an invitation for other kids to play in the Laurgardalslaug thermal pool with them. So far they have 4 guests coming to their thermal pool party on October 27 at 4:15pm. There’s a link to a map of the location, Facebook comment integration and links directly to flight bookings with Icelandair and Iceland Express. 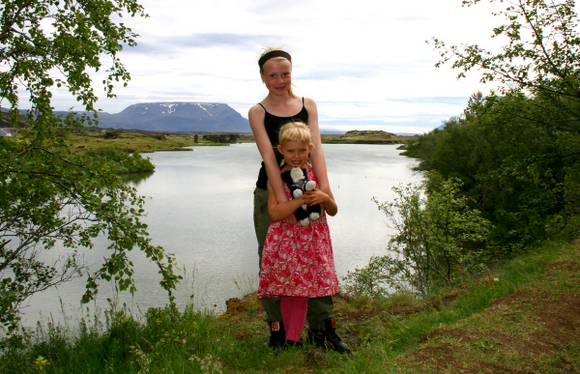