Actor/comedian/author Stephen Fry made no less than three comments on Joyce’s decision to ground all Qantas’ flights on his closing Melbourne performance of ‘QI Live’ on Saturday. Fry was stuck in Melbourne and certainly not impressed.

Across the world, thousands of Qantas customers spent the last few days sleeping in airports, shouting at airline staff, and majority of them swearing never to fly with Qantas again,

Back home, Australians wept at the slow-death of their proud icon, the flying kangaroo, and boo-ed Joyce’s decision. Was it the right move, or did the Irishman who holds custody of one of the nation’s most recognisable brands dig his own grave, and along with that of the country’s air carrier?

It is without question that Qantas is facing one of the biggest PR crises in recent history, and it is anyone’s guess what will happen next. What we can do is reflect on the decision, reactions and outcomes over the last few days and learn a few good lessons.

Should Joyce step down? Was the decision not to respond to the tens of thousands of tweets the right move? Does Qantas need to bring operations home and undergo a rebrand?

Or will everything be okay? Will travellers forgive Qantas and board the flying kangaroo once again, as long as the price is right?

Two of Marketing‘s bloggers wrote from opposing sides of the situations. 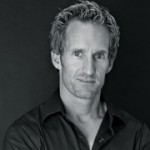 Karl Treacher believes that Qantas will lose its position as an Aussie brand if Joyce does not step down and the brand does not “go ballistic” with PR efforts to apologise to its customers. 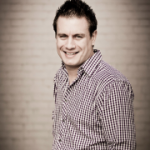 Simon Dell, on the other hand, applauds Joyce’s grounding decision and believes that if Mother Nature has grounded more flights than Joyce has, and still gets forgiveness each time, then Qantas stands a fighting chance.

Were you part of the Twitter storm saw #Qantas trending nationwide? Do you think this was PR crisis handled well?

*The image used for this story is the property of wheredidgogogo