Last week’s rate cut failed to have a significant impact on consumer confidence, according to Westpac-Melbourne Institute’s (WMI) Consumer Sentiment Index, which rose a “disappointing” 1% in October.

The result was disappointing for Westpac’s chief economist, Bill Evans, who expected an increase of more than 1%. “The Reserve Bank cut its overnight cash rate by 0.25% from 3.5% to 3.25%… [this] should have registered as a ‘pleasant surprise’ for respondents,” Evans says. “Instead we saw the sentiment of those folks with a mortgage hardly move with a miniscule 0.6% increase.”

While the response of the major banks, most of which announced mortgage rate reductions on October 5, came five days into the seven day survey period, Evans expresses concern that the Index remains 4.1% lower than November last year, particularly given the cash rate is 1.25% lower than that time.

The weakness in October centred around views around the economy, with perceptions of economic conditions over the next 12 months down by 2.4% and the five year economic outlook down by 4.6%.

Despite the subdued result, some promising signs emerged in the October survey. Three of the five components of the Index increased – perceptions of ‘family finances compared to a year ago’ improved by 5.3%, expectations for ‘family finances over the next twelve months’ were up 2.8% and ‘time to buy a dwelling’ surged 9.6% to be up 17.9% in two months and reach its highest level since September. 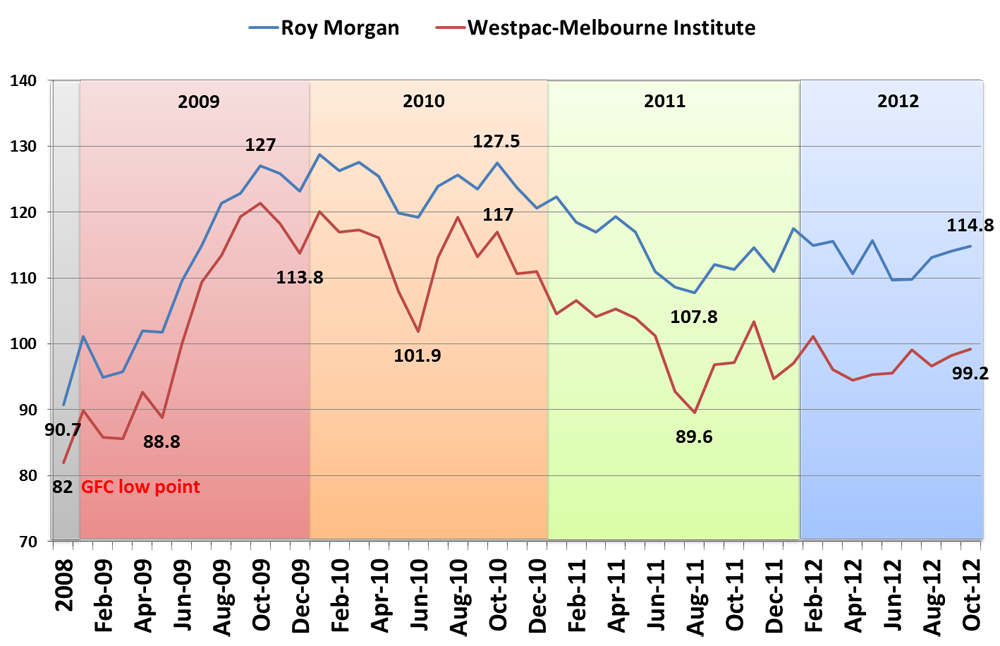