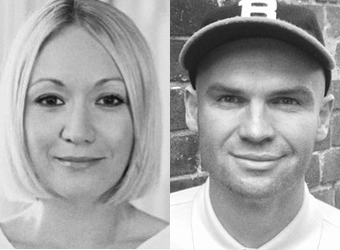 Double Trouble is a co-blog of sorts. This time, Kate Edwards and Bram Williams tackle a topic between them, which is…

With guerrilla 80s retro tactics and smash and grab strategies, have telcos lost their way?

When I was younger I used to wear short skirts, bare a little too much skin and act far more outrageously than ought to be possible, in order to get attention. Now, I’m (slightly) older, I need a bit more lippie and I do my best trot out in a nice heel and clean hair to feel good and be noticed. I’m over-simplifying a little, but if that’s the behavioural change in a female human’s attention-seeking behaviour in a decade, then what’s the difference in a telco’s attention-seeking behaviour as it ‘grows up’, and we, as marketers, (or ‘professional attention seekers’) know we are living in an upside-down pyramid aging population… right?

Obviously not – let me give you the skinny and bare with me here. This will be as hard to read as it is to type.

Jane Lynch, famous for being the narky sports mistress in Gen Y aimed global TV phenomenon, Glee, wants you to #hashtag, selfie, like, follow, tweet and share, from the promo video she stars in. I have no idea what the subject matter is but later find out that if I ‘hashtag my food’ – possibly the single most annoying thing to do on social media that even my 11 year old nephew understands is so uncool – you will very admirably be giving a meal to someone in need via Oz Harvest.

We then dig deeper to find famous Greek chef of Press Club and MasterChef fame, George Calombaris,, endorsing this campaign and hashtagging the shizzle out of his restaurant food – as has Jamie Oliver and 113,142 ordinary Aussies to make the target to 400,000 meals. Phew…we’re almost there.

But then, weirdly, no one from the telco has bothered to update the main portal web page with anything interesting in the last 22 days. Now I’m confused… you?

Lets switch lenses. We’re now on a job site with Jimmy Barnes – shut up! (I always liked his brother-in-law Diesel better). He’s promising me ‘the best mobile experience’. I’m good with that, but I’m perplexed as to why a 1980s rock idol is telling me that? Cut to…

A call centre where funny lady Magda Szubanski is a customer service operator? She’s telling me she cares about her customers. But what does Magda sell? Whatever it is, I like her, I might buy it, just so I could be her customer. Really? Is this what the audience is thinking? Cut to…

Everyone’s favourite Aussie daughter, Jess Mauboy, selling mobiles and taking selfies with customers in the retail outlet. She tells me she ‘cares about my peace of mind’. I’d hope so, we’ve worked together before and shared some fun times on set, but does the audience really know Jess, or believe that’s what she’s thinking?

Maybe too much Eurovision juice and cross-dressing songstresses have been squeezed into this strategy?

Which brings me to me to my favourite tactic – when all else fails, start on the hallucinogens, crack out a couple of ‘as if they’ll buy-into this shit’ ideas and voila… you have Josh Thomas. A comedian, staunchly unrelated to anything commercial, Gen Y hipster who takes the stage to explain that if it’s something truly superficial, crazy and generally stupid you want, he and his telco mates can give it to you. Insert giant cats, dancing revellers, Antarctica and a chopper here.

What any of this has to do with delivering telecommunications services, data plans and mobile coverage is beyond me, and I would hazard a guess beyond 95% of our population. Has the service of our telcos become so desperately transactional and so devoid of any meaning or service message?

That the truly weird and whacky ‘stuff’ – which, let’s face it, is hardly strategy – has somehow not only been approved but its been made and then held up to audiences as brand manifesto and personality beggars belief.

Tactical campaigns are just that, tactics. They are not meaningful, nor do they embrace personality with the joie de vivre that a brand needs to own in the customer’s mind.

It’s a bit of a rabble out there in telco-land, and in this country at least, it pretty much always has been. Despite the odd great campaign over the years (think Virgin Mobile a decade ago) one might argue that telcos haven’t lost their way so much as having never really found it.

From the days of the single Government-owned-and-run offer to the modern era of confusing plans, over-priced, under-performing services, dodgy-suppliers going out the back door and ACCC intervention, the Australian telco landscape has always been a bit of your Wild West.

Add to that the endless other options consumers now have to communicate through, and because of the internet – not just Facebook, but apps and developments like Whatsapp, Facetime and Viber – telcos have a changing (and for many, smaller) role to play in the lives of their customers. No wonder they are struggling to stay relevant and are resorting to whatever they have to – even ‘guerilla 80s tactics’, whatever the hell they are.

Telcos are no longer seen as the primary facilitators of communication in the way they once were – people no longer rely solely on them to get their news out to friends and family, locally and abroad, in the same way they would’ve 50 or even five years ago. After the mobile-boom-golden-years of inflated importance telcos find themselves slowly being relegated back to their place alongside the likes of banks and other utilities: oftentimes inconvenient to deal with but necessary to have and more often than not, something people love to hate.

Maybe it’s just the natural swing of their business lifecycle, but telecos are no longer really seen as innovators. They have historically given it a good crack (3G, video calling, higher speed data, etc), but their innovation is short-lived and more a stepping-stone for the real innovators. They’re more like retailers of the latest and greatest love child or by-product of the two warring phone manufacturers whose ‘service’ happens to be a compulsory purchase on top, and whose consumer influence boils down to who has stock rather than any of the brand values they represent.

So all that said, the question of telcos losing their way has probably got less to do with their marketing strategies and more to do with core business strategy. As the role of the category has shifted and matured many of the individual players have copped it – and begun to lose their unique points of difference as brands beyond the rudimentary premium, mid-range and el cheapo positions they occupy.

Which means guerrilla marketing isn’t really the problem; this environment breeds a comms style that shifts as quickly as your bars of mobile reception. And, when coupled with the right strategic idea, guerilla’s a tactic that can, in the short term at least, help brands come across as innovative, even if the execution is not anything worthy of the best of Silicon Valley. But in the end, so long as they’re still trying to lay claim to over seven million square kilometres of scattered connectivity and jaded, canny consumers, telcos will continue to take what they can get – even if it is through #FlashbackFriday tactics.