The list of Australian Cannes Lions winners has grown with RSL Australia and the Transport Accident Commission each taking gold as the festival wrapped up last week.

The campaign raised $3 million for veterans and their families through a phone line which people paid to call and listen to a minute of silence. Donations came from people’s phone bills.

DDB Melbourne executive creative director Darren Spiller said: “At first glance you think we are asking people to buy nothing, but as you delve deeper into the campaign you realise that you get a whole lot. Memories, stories, learnings, sorrows, reflections and resolve. It’s amazing what a minute of silence is really made up of.”

TV commercials, print, outdoor, radio and social media asked people to call. After their minute of silence, people received a link via SMS to a ‘thank you’ video featuring a veteran.

TAC’s Gold Lion for ‘ungiven gifts’ was earned in the festival’s Promo and Activation category.

The campaign with agency Grey Melbourne was an installation of ungiven gifts that would not be received by those who had lost lives on the roads, reminding the public to drive safely during the busy and dangerous Christmas period.

“Behind each gift was a story of a life lost. Each one was sprayed a ghostly white to highlight this overwhelming sense of loss,” says the campaign’s entry to Cannes Lions.

The campaign attracted social media sharing across multiple channels. By the end of December, Victoria’s road toll was the lowest in 90 years. 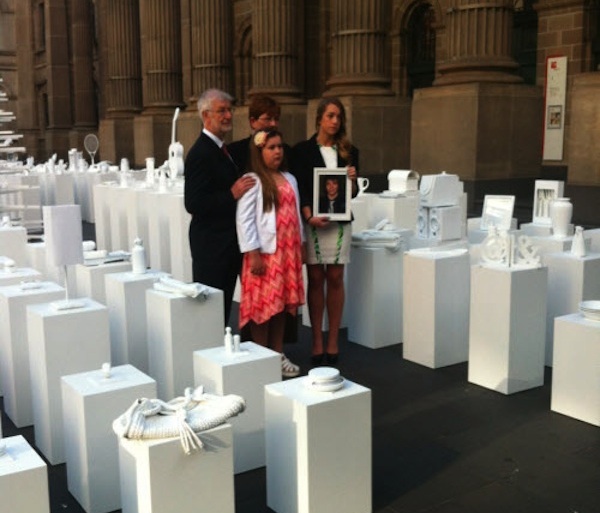 Previous Article
The week’s top stories: Ikea Hackers, return on experience, smart beacons
Next Article
Knowing where to focus your attention in business