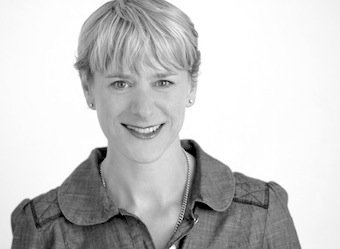 In the latest round of stats from the US, 19% of Americans who have a TV have begun watching a TV show after reading about it on a social network. That’s one fifth of the total audience, let alone your target audience if they are younger and socially connected. So, social is no longer peripheral but central to any marketing campaign – that’s official!

How we measure social success is also changing. It’s no longer sufficient to just measure the volume of interaction – number of Facebook fans, Twitter followers or YouTube watchers – it’s their level of engagement that counts. These days, I’m much more interested in, for example, the percentage of people who are talking about my show and number of tweets.

This gives an interesting comparison for some big HBO shows…

True Blood boasts more than 10 million Facebook fans, but only 191,000 – that’s only 1.8% – are talking about them (I didn’t say engagement was easy!). Compare this to Game of Thrones, which has only 2.9 million fans but approximately 158,000 of this number are talking about them. That’s an engagement rate of 5.5% – the highest conversion I’ve seen. So, when comparing the two shows, although Game of Thrones has one third the number of fans True Blood enjoys, the level of conversation and engagement volume, which is the real value, is not that different.

This example has real implications for what makes great marketing in the social space, and these are just some of my favourite ways that TV and media brands have engaged over the past year or so.

There are some highly successful examples of media brands using social to engage before, after and during a TV show. This activity starts to blur the boundary of what is marketing and what is the show or content. So, stop thinking marketing equals the promotion of a TV show and start thinking marketing is what engages you in the TV show brand just as much as watching the show itself does.

My favourite ‘before launch’ example is Game of Thrones. The show’s marketing team set up the Maester’s Path Game, with a special pack of clues initially sent to critics and bloggers, then later shared with all viewers. Fans could search the Game of Thrones Facebook page and the internet to find clues to solve challenges in the game. The Maester’s Path Game was complex and immersive, getting fans hooked into the show before they’d even seen a preview.

Another similar example is for the worldwide blockbuster series, Hunger Games, which allowed users to choose ‘their district’ and immerse themselves in the world on Facebook. This move also engaged consumers to participate in the movie ahead of its release and generated a staggering three million online conversations over launch weekend.

Game of Thrones and Hunger Games are both big examples with mega budgets to match. For social to have impact at this scale you have to invest in the pre-engagement as part of the show’s overall marketing investment. When the Spielberg movie Super 8 launched, the trailer/promo was released exclusively on Twitter. The marketing team set up #super8secret for sneak peaks of the movie. They also hid DVDs in 20 cities across the US and tweeted clues of the locations. This is a much simpler (and less costly) example of how media brands can start a conversation and engage fans in a show before release.

My favourite ‘during broadcast’ social example is The Voice (US), which integrated Twitter during the show with direct communication between contestants and fans. A showcase of the best tweets were then aired during the show. The ABC here also does this brilliantly with Q&A, with the tweets integrated live into the show. I especially like their online guidance to what makes a great tweet and what’s likely to get posted on air. It’s a great example of a grown-up conversation with the audience about this stuff and it really works in with the tone of the show.

My favourite example that rewards fans is True Blood‘s ‘Immortalise Yourself’. Fans were able to immerse themselves into the show’s plotline and create a unique, personal True Blood video. Over 200,000 videos were created; 35,000 were shared on Facebook and all up the campaign received 2.4 million pageviews. Another example is Nickelodeon which allowed fans to upload their photo to a digital billboard in Times Square, New York. Photos were then randomly selected and ‘slimed’ live and a film of the sliming was then posted back on the user’s Facebook wall. These are both great examples that feed viewers’ desire to be more than viewers of our favourite shows/brands – we want to be in them!

I also can’t resist talking about a fantastic example from SBS. Yes, I work for SBS, but we are leading the way in social engagement with TV audiences. SBS enjoys the rights to the annual Eurovision Song Content, which is viewed by more than 120 million people worldwide. This year SBS dialled up its broadcast – across TV, radio and online – with a social strategy that drove audience engagement. The Eurovision website was redesigned for all screens, appealing to the digitally-promiscuous nature of the target audience. The site integrated a pop-up radio stream, exclusive videos, and Twitter and Facebook social streams. During each broadcast, Australian audiences had their say on who they thought should win through a real-time online voting mechanism. As each performer took to the stage, audiences could ‘thumb it up’ or ‘thumb it down’, and results, comments, tweets and Facebook messages were streamed across the site and on the TV broadcast in real time.

The end results were impressive: across the three nights the average time spent on the site was 38 minutes for the 140,000 unique browsers. The Twitter hashtag #SBSEurovision recorded 170,000 mentions, peaking on the final night with close to 76,000 mentions. Eurovision received more than 17,300 Facebook ‘likes’, 2400 Tweets and 73,000 chat messages were recorded and 190 party pics were uploaded to the site for all to see.

These examples all utilise the current titans on the social scene: Facebook, YouTube and Twitter, but watch out for the future… Platforms like Tumblr are becoming significant in the social scene in the US. Tumblr is emerging as a new way for fans to engage in a brand with user generated content and even second-screen viewing, with Live Tumblring. A great example is Doctor Who in the US which worked with Tumblr from the start and is now ahead of many bigger brands on this platform as it grows and becomes more significant.

These are big, remarkable experiences, but social success is like an iceberg. The big, new, loud and sexy apps and stunts get noticed, but social is also built on what’s below the water line. That’s the everyday, always on, listening, entertaining and engaging with your fans and followers.

Helen Kellie joined SBS in September 2012 as marketing director. Helen has extensive experience in marketing, brands and audience engagement in the media and consumer goods sectors in the UK, Europe and the US. Helen joined SBS from BBC Worldwide where she was chief marketing officer.