Adelaide’s Sparkke Change Beverage Company has started a crowd-funding campaign and set itself a target to sell 10,000 cases this summer.

Adelaide-based startup brewery The Sparkke Change Beverage Company has gone live on a crowd funding campaign, and set itself a target to sell 10,00 cases of its product this summer.

The company is known for the strong messages on its cans: 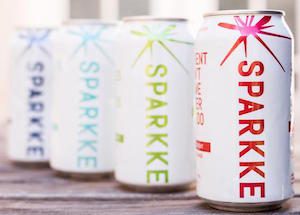 The company, powered by nine women from Adelaide, Sydney, Fremantle and Toronto is seeking to ‘add to the conversation’ on social issues.

“Issues that matter to our generation, ones that are centred around inclusivity, social equity, and simply being fair,” says Sarah Barrable-Tishauer of Sparkke.

“If you think about it, the greatest conversation starter of our generation – and most generations – is a social drink. We want to get people talking about important issues in relaxed settings where the real conversations happen – and at the same time get a smile or two.” 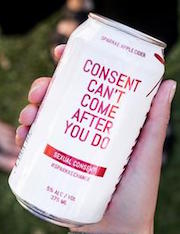 Another goal for the brand is tackling Australia’s corporate culture.

“Australia’s male dominated beer industry alone is worth about $4.3 billion pa. If the big players donated even half of what we’re doing percentage wise, that would see around a quarter of a billion dollars every year being directed to community organisations who are fighting for a fairer country,” says Jamie Bucirde, Sparkke PR lead.

Sparkke donates 10% of all sales revenue to support organisations doing positive work on the social issues mentioned on the cans.