Stand-offs loom over new domains… which brands applied and which didn’t?

Stand-offs loom over new domains… which brands applied and which didn’t? 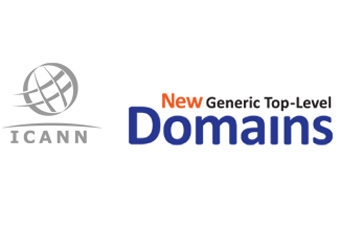 The global governing body for the internet (ICANN) released details of applications lodged for top-level domain (TLD) names, revealing who applied, who didn’t and who’s competing for the same generic words.

ICANN received 1930 applications as part of its program to expand the Internet’s address system, which will allow brands to own a .brand internet address. 230 entities applied for more than one TLD, giving rise to 751 applications combined and boosting the potential number of TLDs to 1409 from the first round of applications.

Many of the world’s largest brands applied, but many were notably absent. McDonalds, Apple, Microsoft, Nike and Google applied, while Coke, Adidas, Facebook, Twitter and eBay did not. Google was responsible for the most applications, lodging claim for 101 names, far more than nearest rivals Amazon, which lodged for 76, and Microsoft, with 11.

The applications process will see some interesting stand-offs between major brands in the near future when they go head-to-head for the same generic words. Google and Microsoft will face off over the rights to .docs and .live, while .app, .inc, .home, .art, .shop, .blog, .book, .movie and .music, among others, are all subject to multiple applications.

ARI Registry Services, which conducted this analysis of the applications, lodged 106 of the 303 applications submitted for the Asia Pacific region, including applications for Australian players iiNet, the AFL, .Melbourne and .Sydney.

Andrian Kinderis, CEO of ARI Registry Services, which helps brands apply for the new TLDs, says the brands that applied are some of the most innovative and savvy, and “represent some of the largest and most prominent brands, governments and entrepreneurs in the world.”