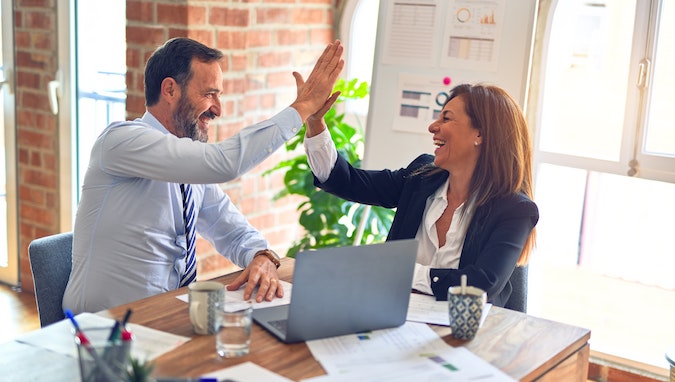 We live in a youth-obsessed culture where ageism has become commonplace across all industries, including in advertising and media. Ian David uncovers the potential multi-billion dollar opportunity that is being lost due to age discrimination.

There were so many reasons why I decided to start a remote network of experienced advertising professionals:

The youth-obsessed nature of agency culture.

The ingrained ageist practices of an industry that casually kicks proven senior talent to the curb far too early.

The iffy legality and counter-intuitive idiocy of it all.

But mostly, it was the disservice done to clients and the brands they steward.

Marketers pay astronomical sums of money to advertising agencies, principally for the world-class strategic and creative insight they supposedly provide. But, in truth, they receive only the narrowest and shallowest of perspectives for their largesse.

This is because the average age of an ad agency team is reportedely 34. Anyone in their 40s who’s still lucky enough to be hanging out by the ping-pong table knows they’re on borrowed time. As for being in your 50s or 60s – forget it.

There are several reasons why this makes absolutely no sense whatsoever.

For a start, our obsession with youth and youthfulness bears no resemblance to real life. Out in the real world, the average age of the population is rising. And it seems the older you get, the more money you have.

Last year, the over-50 demographic was worth a staggering $3.2 trillion. It accounted for $90 billion in new car sales alone. They buy more of everything, in every conceivable category, and outspend those under 35s by a country mile. Yet, despite this, only 10 percent of marketing budgets are allocated to them according to a Total Retail Report.

Anyone else think it might be a good idea to, a) significantly up their share of ad dollars and b) have more of their peers creating the ads they see?

Yeah, you and me both.

There’s one other thing that seems to get lost when agency execs are filling in the box titled ‘Target Audience’ on the Creative Brief, and it’s so skull-crushingly obvious, I’m amazed I have to state it.

Today’s over-50s are predominantly baby boomers. And boomers, being boomers,  don’t settle for the status quo. As with every other life stage they’ve been through,  they’re redefining what it means to age. All the old tropes and clichés no longer apply. They’re going to age their way, on their own terms, with style, verve and in a manner that chimes with their attitudes and mores. Welcome to the New Age of Old Age.

For brands, this new era represents a multi-billion dollar opportunity. Leastways, it does if you have a marketing partner that recognises it as such. Sadly, most ad agencies consider older people irrelevant and uncool. To give the digital native’s go-to chide on more senior creatives a deliciously ironic twist, they just don’t get it.

These biases are deep-rooted, conscious and unlikely to change any time soon. Left to their own devices, agencies will continue to create and recommend work that skews young because their teams skew young. And all the while, the value of the grey dollar will grow, and the opportunity to capitalise on it will continue to go begging.

That’s why, instead of waiting for the advertising industry to come to its senses, I  decided to do something about it. FEARLESS was founded on the belief that experience matters. We don’t subscribe to boundaries based on age. What matters is how good you are. It’s why our network of copywriters, art directors, strategists, project managers, producers, directors, editors  and photographers aren’t just in their 20s and 30s; they’re in their 40s, 50s and 60s too. If you’re a badass at what you do, you’re on the team, and that’s all there is to it.

It’s a small but significant step in the fight against ageism. But more importantly, it’s a  place for enlightened marketers to come for the broadest possible range of strategic advice and creative thinking.

As brands look to rebuild in the aftermath of COVID-19, it’s time to start taking the over  50s seriously. To rethink attitudes, redirect resources, and finally embrace their spending power.

Of course, you’ll have to talk to them like grown-ups, quit with the patronising imagery and be able to converse on the issues, both trivial and profound, that matter to them. But it’ll be worth it. Recognise their relevance and respect their place in society and they’ll repay you handsomely in loyalty and patronage.

For those smart enough to realise it, silver is worth its weight in gold.

Ian David is the founder of FEARLESS, a 1000+ remote network of experienced advertising talent.

Photo by krakenimages on Unsplash.

Tags:
Previous Article
Lessons I learned from 2020: Interview with Jess Cook (Square Australia)
Next Article
The power of narrative foresight to reframe reality through brands, media and the stories we consume