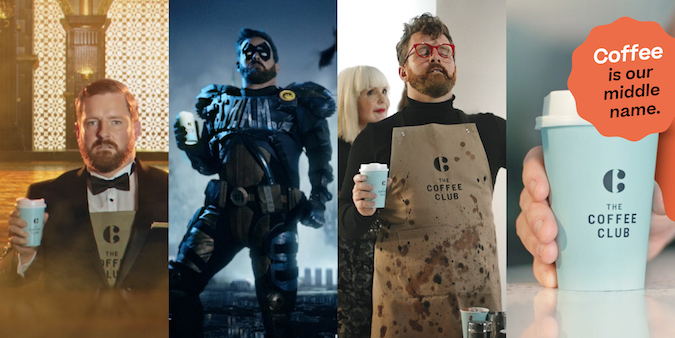 Brisbane’s original coffee and cafe chain want to remind you why they came about in the first place – a healthy obsession with quality coffee.

Partnering with Australian comedian Nick Cody, The Coffee Club’s new campaign demonstrates Australia’s cultural co-dependence with the brewed beverage. The ad seeks to entertain, whilst also reiterating the point that if you want a good caffeine hit, you should come to the place where ‘coffee is [their] middle name.’

“[Coffee]’s what we think about every day, it’s what we live and breathe,” says Nick Bryden, CEO of The Coffee Club. This statement is clearly the heart of the funny campaign. In addition to Australia’s fixation on good coffee, it also demonstrates another of Australia’s unique proclivities – localism. By making use of an Australian ad company, film producer, and starring Aussie comedian Nick Cody, The Coffee Club lets you know they’re true blue.

The campaign was created by VMLY&R Brisbane. Benjamin Davis, the agency’s executive creative director, says: ‘The Coffee Club’s passion for all things coffee is genuinely exciting, and so is creating work that reaches bravely into new spaces for the category.’

Which scenario did you enjoy the most?

Nick Cody is performing at the Melbourne International Comedy Festival.