The Swedish Way coming to APAC

The Swedish Way coming to APAC 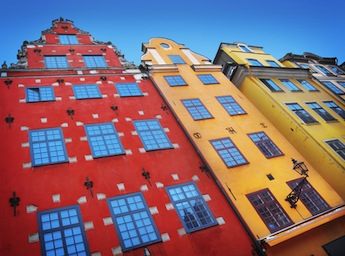 Originally set up in an old naval prison in Karlskrona, with methodology reported to be partly based on Swedish military leadership tactics, Hyper Island has been making waves globally for a number of years for its marketing education methodology focusing on team effectiveness, global digital trends, group leadership skills and results.

In 1995, Hyper Island’s co-founders met on a project involving CD-ROM production, during which they realised the increasing need for a different kind of education involving industry-based learning for the growing new media industry. Since then, Hyper Island has grown from a single campus in Karlskrona, Sweden, to having 400 full-time students across campuses in Karlskrona, Stockholm and Manchester. Now Singapore is on the horizon.

“Change is the only constant to be sure of in a society that moves at such an immensely fast pace,” says Johanna Frelin, Hyper Island’s CEO, encapsulating the school’s philosophy.

“Therefore, we believe that people and organisations need to be in constant learning and be able to embrace change.”

One striking aspect of Hyper Island’s methodology is that there is no fixed curriculum.

“In that way we can be agile to the changing needs of the industry, both in adapting as well as foreseeing needs,” says Frelin. “This means, that learning modules and outcomes can vary from year to year.

“The core of our learning is to focus on the individual and how we function in a group; preparing students and professionals on how to cope with and lead change. Another key focus is learning by doing, including learning from your mistakes.”

Course content is informed by regular consultation with industry through global company surveys, trend reports, and direct collaboration with the industry experts involved in delivering the course.

The school has been dubbed ‘the interactive equivalent of Oxbridge’, with 98 percent of graduates receiving job offers before or shortly after they graduate, from top agencies and corporations such as Apple, Droga5, Google, Pixar and Goodby SIlverstein and Partners.

Masterclasses are held all over the world and attract executives from firms such as Saatchi and Saatchi, IKEA, Adecco and GYRO, aimed at helping organisations cope with change driven by transformative technology.

As far as the school’s APAC plans go, Frelin says Singapore is the start: “At this stage, I cannot reveal our plans in detail, but keep your eyes open!”