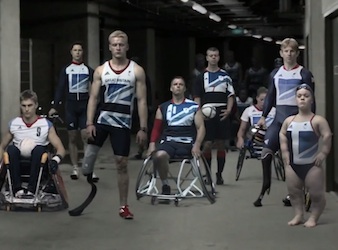 They certainly had a lot to choose from at the Cannes Lions, with just 0.4% of all of the film submission this year being awarded a Gold Lion. Of that, three were awarded a Grand Prix. 38 Silver Lions and 70 Bronze Lions were handed out to what was another truly inspiring show of creativity, humor and originality.

Australians featured heavily in the top awards, with McCann Melbourne’s ‘Dumb Ways to Die’ being awarded a Grand Prix in the film category (and a record-smashing number of other categories) and Clemenger BBDO Melbourne’s ‘Beer Chase’ for Carlton Draft bringing home a Gold Lion as did GPY&R Melbourne’s ‘Tumble’ for Schweppes.

Here, from the cream of the film and film craft categories, are our picks for the 10 best commercials of the past year:

Ikea – Playin’ With My Friends