UK Monarchy eighth most valuable brand in the world

UK Monarchy eighth most valuable brand in the world 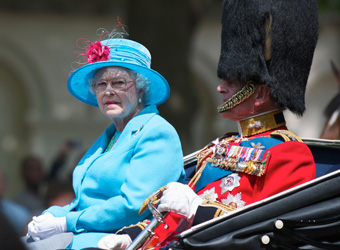 The UK Monarchy brand would rank as the eighth most valuable brand in the world, if figures from brand valuation firm Brand Finance are applied to Millward Brown’s recent BrandZ rankings.

The valuation is derived by combining tangible assets, valued at AU$29 billion, with intangible assets, estimated to be worth $42 billion, giving the monarchy a total value of $71 billion. On BrandZ’s list this would place the royal brand behind tobacco manufacturer Malboro, worth $73 billion, and in front of telecommunications provider AT&T, worth $69 billion. The world’s most valuable brand, Apple, was valued at $183 billion.

However, the might of the monarchy is not simply limited to crown estates, the study found, with the name also generating significant knock-on value to the UK economy, particularly this year with the upcoming Queen’s Diamond Jubilee celebrations.

CEO of Brand Finance, David Haigh, says the monarchy is a powerful endorsement for individual and company brands, as well as for the country’s brand. “The monarchy is one of the most valuable of all British brands. Whatever one thinks about the constitutional principle, there seems little doubt that the institution of monarchy adds significant annual earnings and long term economic value to the UK.”

In 2012, the monarchy brand is expected to generate $4 billion for business, through its impact on the tourism industry, the value of Royal Warrants and Coat of Arms grants to businesses and advertising sold on jubilee celebrations and other royal coverage.

“We believe that it is making a significant contribution to the task of driving Britain out of the recession,” Haigh adds.

In the long term the brand is expected to deliver over $54 billion worth of benefit to business.

Tags:
Previous Article
Your marketing quote and niche ad option of the day – 29 May 2012
Next Article
Do we need rocket scientists or marketing polymaths?