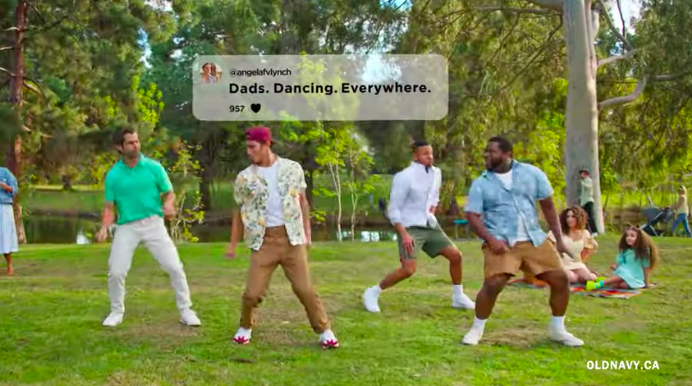 US retailer Old Navy turned to social media for its latest campaign. After a high school student posted about the retailer, the responses were used to create the spot.

The 60-second spot opens with the claim that “this ad was written by the internet.” But how did this come to be? Did the clothing chain use its own accounts for user generated content?

It all started when high school student Samuel Beasley posted a TikTok with the caption, “We about to get the most fire Old Navy commercial ever.” Although the upload was in reference to the song on the video by Bruno Mars and Anderson Paak, it didn’t stop the comments.

The post sparked excitement everywhere, generating over a thousand comments. It included what people would want or expect to see in a commercial by the popular clothing brand. It was basically market research done at the most cellular level. From the consumers themselves, unprompted.

Old Navy saw the opportunity to connect directly with its audience. The campaign Written by the Internet is the first iteration in a series the brand says it will be doing. It’s a celebration of internet culture, and allows fandom to share with a business their own ideas.

The original poster of the video is excited that he inspired a campaign with a single post.

“It’s really cool that I am influencing a commercial, and that Old Navy is enabling people to put their influence into their commercials,” said Beasley. “It’s just cool to see all of that come together so nicely—even the different comments that people posted are in the commercial!”

Is using social media the way to write ads?

Companies have been using market research for a long time to create cut-through advertising. But, social media provides an unfiltered opportunity to hear directly from the consumer. Without even knowing that they’re being watched.

The ad produced by Old Navy might be the first of its kind, but I doubt it will be the last.