Voices in your head: vibrating train windows that talk to passengers

Voices in your head: vibrating train windows that talk to passengers 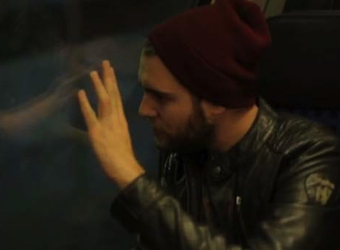 Ah, the humble train window, once a sacred place where a weary commuter could rest their heads after a long day at work. Unfortunately, this could be no more if German agency BBDO Düsseldorf has a say in it. The agency, in conjunction with Sky Deutschland, is proposing to transmit advertisements through vibrations in the train windows so that the sound appears to ‘come from inside the user’s head’ when passengers lean against them.

The idea would use bone conduction technology, that would transmit the sound to the inner ear by passing vibrations through the skull.

The controversial idea was was shown off at the International Festival of Creativity in Cannes last month. The presentation shows passengers on a German train being surprised to hear ads urging them to download the Sky Go app on to their smartphones to watch streamed video.

The bone conduction technology has previously been used in hearing aids, headphones for swimmers and runners, and has even been used by magicians to make someone think they have had a message planted in their head.