Want to build a brand app? Read these five tips to succeed where others have failed first

Want to build a brand app? Read these five tips to succeed where others have failed first 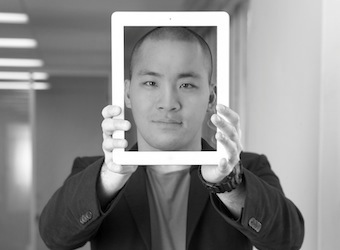 When it comes to developing a mobile app you need to first think about simplicity and strategy, writes Paul Lin in this guide to building brand apps.

Break down what your business does and what specifically you want to get out of your mobile solution. Here are my top five tips to keep in mind before starting to think about creating an app.

A common mistake businesses make when coming up with a concept for an app is to overcomplicate things at first base. They want the app to be packed full of features to make it exciting or ground-breaking with a ‘wow’ factor.

The first step in app development is to build the smallest possible design for the first version. Get back to the basics and pick one core feature, then test it, measure it and re-do it. You can then keep adding to it and changing it, then testing again, re-doing and testing again. It’s much easier to make improvements to a small, simple, focused first draft than a complex app that tries to achieve too many things.

Secondly you have to consider the platform you want to use for the app. A lot of businesses say they want an app for iPhones, iPads, tablets and online on desktop computers but the development for each of these platforms is completely different. You need to come up with the design for one device first, keep the process short and cheap, and see how people respond. There’s no point putting out so many versions when there may be flaws in the initial app. Again, everything needs to be tested and measured, and it’s easier to do this with one basic app instead of multiple designs.

You need to have a reason for creating an app in the first place. Some businesses just want something cool for their customers or audience to interact with but it has to serve a purpose. You need to ask what it will add to your brand – will it increase awareness or improve engagement? Why have you chosen a particular platform? Some businesses also want their website just copied and pasted into an app but this is pointless as the coding is different and a website will not fit into the app format – Apple won’t let it through. You’re better off analysing what your customers or audience would want to interact with and build a new app from scratch.

Developing an app can cost anything from a few thousand dollars to hundreds of thousands. There is no average price so it’s always better to go in with a budget or price range and the project can be scoped to the budget. You need to know your limitations and keep it within these and keep it concise.

There are a lot of legalities involved in app design so you’re best to explore your legal options before investing money into something that you won’t be able to pull off. Sometimes there is a law that actually disallows something that your app does and you won’t be able to make it. You need to consider how unique your idea is, or more importantly, how you implement it or execute it. It’s the implementation part that makes it special. Other times Apple won’t let you put it to market because it doesn’t meet their criteria. They take 30% of all purchases so won’t see the value in letting apps through that they know won’t sell. There are also code restrictions – a lot of people come with a fully fleshed out idea and say “let’s record it and put it in an app” but also want to access other apps through their apps, and this is different for iOS and Android. There are also specific restrictions from social media services – if you want to share on Facebook you need Facebook’s permission. You’re always best to speak to an expert up front before wasting your time. Consulting will save you time and money in the long run.