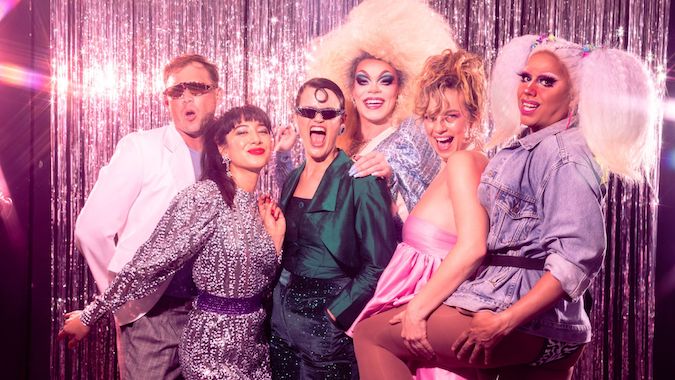 Teaming up with Thinking Loud, the Cool Since ‘84 campaign is a throwback to a music video straight from the 80s. Employing the talents of Donny Benet, the soundtrack is the original anthem with a bit of a revamp.

The campaign isn’t short of a familiar face or two. Triple J duo Linda Marigliano and Lewis McKirdy have their first reunion since their time at Triple J finished. Joining the pair is reality star Abbie Chatfield, stylist Millie Sykes and stars of RuPaul’s Drag Race Down Under Art Simone and Jojo Zaho.

West Coast Coolers were a popular drink through the 80s. The new iteration is promised to be the flavour that old fans know and love, as well as a fresh new seltzer range. Two new flavours have been added to the lineup: mango and lime. It also has a fresh new bottle, but not without a throwback to its heyday.

West Coast Coolers’ new design and taste is now available nationwide. Check out the spot, which went live on Instagram, below.