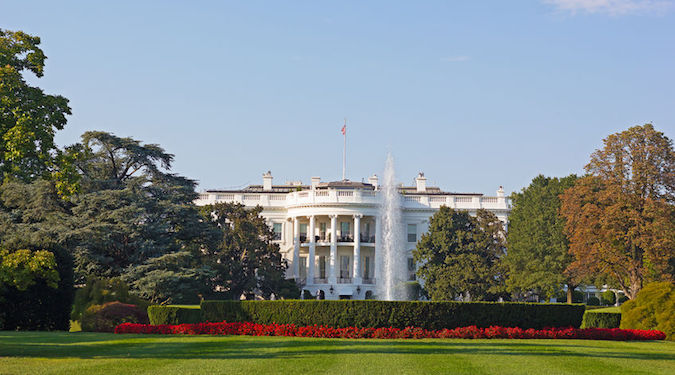 The profession’s growing mistrust of established players and movement towards smaller agencies, says Jason Dooris, can be compared to current trends in international politics.

Cory Bernardi’s defection from the Coalition to form his own party is just another in a long line of worldwide shifts. But while most of these shifts have been at a political level, there is plenty to suggest our industry is heading for similar upheaval. People are saying no to the status quo.

So do you need to adopt a right-wing political viewpoint, die your hair red and invest in fake tan to stay ahead of the market? Not quite, but the success of some unlikely national and global leaders helps give us an idea of the climate we’re now dealing with.

Let’s be clear: this is not a politics piece, and is certainly no indication of my own persuasions.

But Donald Trump’s ascension to the White House, the success of the Brexit campaign in the UK, and even Pauline Hanson’s return to the forefront of Australian politics are all indicators of a broader global trend.

People are sick of the doublespeak, and have started saying no to the constant bullshit they hear from those in charge, opting instead to fall in behind people they believe to be ‘genuine’.

Part of Trump’s appeal was his promise to “drain the swamp” in Washington, and his campaign was based around sticking to simple slogans that spoke to the everyman, like “Make America great again”. He may be a billionaire TV star, but the fact he was not a politician led the electorate to believe he was ‘one of them’, which was a major contributing factor to Trump taking the White House.

In Britain, those who voted to leave the EU in the Brexit polls felt they were no longer represented by the David Camerons of the world, and instead sought answers from a man like Nigel Farage. Why Farage? A quick Google image search of his name shows the former UKIP leader charging a foaming pint of ale to the camera. He cultivated an image of being a man of the people, who wasn’t part of the political machine.

Here in Australia, Senator Bernardi has said he abandoned the Government because “The level of public disenchantment with the major parties, the lack of confidence in our political process and the concern about the direction of our nation is very, very strong.”

These are oversimplifications of hugely complex issues – representing millions of people can’t be boiled down to one factor – but the perceived ‘realness’ of these people and their rejection of the traditional political machine has been a huge factor in their popularity (or the cause for their action, in Bernardi’s case).

And while people may not agree with their policies, they have embraced the way they sold their message. Authenticity, or at least perceived authenticity, is the key – and not just in politics.

Within our own industry, there is a growing mistrust of the established players and a movement towards smaller agencies – ones which promise to shake up the status quo.

Last year, the ‘Digital Marketing Report’ found there was a huge disparity in perceptions when a client terminates an agency.

Specifically, agencies were of the belief that changes at the client’s end was the biggest cause of terminations, blaming 56% of their lost business on ‘new management at client’.

But while a client going in a different direction as a result of new management is an issue that’s cost virtually every agency business, it’s a staggeringly naïve, head-in-the-sand attitude to believe that more than half the business you lose is someone else’s fault.

That was enforced when compared to client perception, with ‘new management at client’ listed at just 18% of the reason they decided to terminate an agency.

Pricing/value was the top reason from client side to leave an agency, at 37%, but what followed were a tight bunch of issues that centre around communication, “the bread and butter of most client and agency relationships”:

The report made the fairly apparent conclusion that ‘agencies that turn a blind eye to why their clients are really leaving will fail to address key improvement areas. The dysfunctional circle will continue until a new entrant comes along to disrupt the cycle.’

It’s exactly what we’re seeing: smaller agencies that pride themselves on better communication skills, which leads to a perception of authenticity from the client, swooping in and netting serious business.

And it’s not just that the status quo is beginning to repel clients, the best young talent working in the industry don’t want to work the old way either.

Research from LinkedIn and 4A’s presented at the 4A’s Transformation 2016 conference in Miami Beach found that compared to similar industries, turnover at agencies went up 10%, and that there was a global net talent loss of 25%. Scary numbers.

But it wasn’t all doom and gloom, with agencies that have a ‘culture that fits my personality’ holding a distinct advantage in keeping hold of their best and brightest.

“The research shows that professionals in the advertising industry are looking for more than just money to keep them at a company,” said Jann Schwarz, Linkedin’s global director, agency holding companies.

“The solution to filling this gap is for agencies to focus on telling the story of their culture and purpose, showcasing their Talent Brand in a compelling way that offers sustainable differentiation.”

So it’s “a new entrant… to disrupt the cycle” that will win clients, while agencies presenting “sustainable differentiation” will keep the talent.

The old way of doing things is simply no longer effective. It’s been proven on a global political scale, and it’s just as obvious to see in our industry.

You can’t tell a client ‘it’s you not me’ and expect to keep them, nor will your employees stick around if they don’t believe your agency’s culture aligns with their own personal attitudes.

Tags:
Previous Article
A little too crafty: Walmart lawsuit a warning to big brewers and private labels
Next Article
The ups and downs of programmatic channels and formats