It features an Australian neighbourhood street gathering for a shared Christmas celebration, and delivers the tagline ‘that’s why I pick Woolies for Christmas.’ 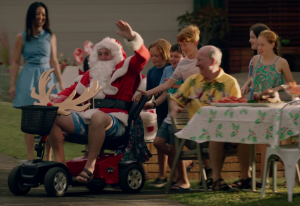 “The power of a genuine brand platform is that you can stretch it,” says Tom McFarlane, creative partner at M&C Saatchi.

“We didn’t need to start again for the festive season. Instead we built on our positioning line, ‘that’s why I pick Woolies,’ by simply adding two words – ‘for Christmas,'” he says.