27% of consumers would switch brands over social media customer service

27% of consumers would switch brands over social media customer service 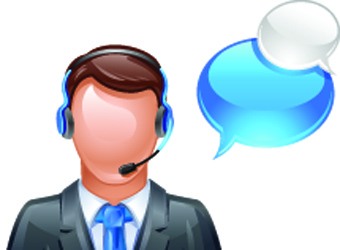 A customer-friendly social media presence can entice consumers into switching brands, as more Australians turn to social networks to ask questions and complain to businesses.

Picking up the phone appears set to become a thing of the past, with 27% of Australians likely to switch to brands that are more customer-friendly on social media, according to a survey by Tick Yes and Nine Rewards.

The survey of 1000 Australians found that not only do consumers expect interesting, relevant and appropriately spaced updates from the brands they follow on social media, but they are beginning to expect a responsive customer-service presence also.

According to managing director of Tick Yes, Peter Applebaum, brands need to use social media to handle customer service enquiries and not just as a means to promote themselves.

“We’re at the tipping point of customer-company interaction,” Applebaum says. “Our survey shows that on the one hand people still like to contact companies through traditional channels like phone and email.”

On the other hand, Applebaum says, the survey shows that it’s how companies use social media that’s important, particularly when it comes to responding to customer queries or complaints. “27% of people told us they would switch to a brand that is more ‘customer-friendly’ in its approach. That’s about four million people if extrapolated across the whole population.”

The attraction of using social media for customer service interactions is stronger among younger generations – 41% of 18 to 24 year olds were likely to switch to more customer-friendly brands as were 34% of 25 to 34 year olds.

Brands using social media to engage audiences also run the risk of losing favour if they don’t post content appropriately. According to the study, 56% would unfollow a brand if they found the content boring, 55% if it posted too frequently and almost 12% if it didn’t post enough.

With almost three-quarters of Australian social networkers following brands, what a brand says and does online impacts on how the organisation is perceived among 54% of women and 46% of men.

The benefit to those that do strike the right tone was highlighted by the findings which showed well over half of respondents shared a brand’s online or social media content with others, and almost 41% were influenced by social media in their choice of product.

The findings also show that nine in ten Australians have increased or remained the same in their use of social media, with men more likely to indulge in ‘extreme’ social media usage (five hours a day or more) than women.