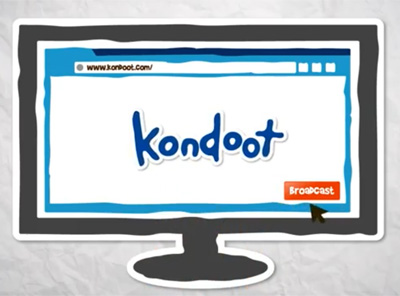 The social network Kondoot, which describes itself as a mix between Facebook, Skype and YouTube, has unveiled plans to take on the world with a $10 million initial public offering (IPO).

Founded in Brisbane by friends Mark Cracknell, 21, and Nathan Hoad, 25, the social network, which enables users to publish live and recorded broadcasts, and chat via video, boast users in more than 135 countries.

The young university friends are now turning their attention towards cracking the US and broadening their South East Asian and European presence, after lodging papers with the Australian Securities and Investments Commission for an IPO to raise $10 million.

Cracknell told The Australian Financial Review that the decision to list publicly was made to allow more small retail investors to buy into the company.

“Kondoot has the potential to be the most successful social media website in the world… [There will be] many opportunities our company has to offer with new investors,” Cracknell said.

“Kondoot has developed a unique concept that we believe has the potential to change the way the world communicates, opening up huge opportunities in areas of promotion [and] education.”

The live video network may not yet be turning a profit, but has a clear business model based on paid broadcasting, where Kondoot takes 20% of the fee users charge to viewers, according to Cracknell.

The possibility of making money through advertising has been investigated, but the site is looking to build traffic first, according to Cracknell, who believe the service is not something that can be easily replicated by Facebook.

“They [Facebook] couldn’t just click their fingers and do it. That is why we have a good technology team working on keeping ourselves ahead,” Cracknell told the Fin Review.

Kondoot launched in the US in December last year, following a soft launch in Australia. The company initially raised $800,000 via the Australian Small Scale Offerings Board, before closing a subsequent $3.2 million funding round in the US.

The premise behind Kondoot’s broadcast social networking is explained in the video below:

If you can’t see the below video, please refresh this page.