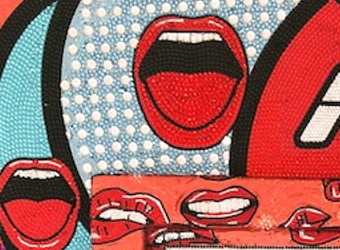 It’s no surprise that the financial services sector is one of the late movers in terms of using social media. Recent research by the International Data Corporation confirms this as a fact, not just a gut feeling.

This week ANZ’s #GAYTM campaign went viral, gaining the support of snap-happy liberal Sydney-siders on Instagram, and riling up Fred Nile and his brethren, who took to Twitter to express their disapproval of big banks using a civil rights issue to make a profit.

ANZ’s cheeky campaign made me wonder – what other acts of social media bravery have the notoriously conservative financial services sector committed?

Bravery is a bit of a stretch but some banks have very successfully stood out from the crowd by using good old-fashioned marketing concepts in the context of social media – segmentation, targeting and positioning (STP). For ANZ, the segment they are targeting is clearly the Sydney gay community, and they have positioned their brand effectively as fun and liberal.

A Malaysian Bank called CIMB has a Facebook app for youth segments aged 13-25 that has 1.2 million Facebook likes. It also achieves great engagement (26,000 people talking about it). Here’s how: the CIMB YOUth app encourages followers to spread the word on social networks and invite friends to like the application. In return, followers earn virtual money (FUNds) which they can use to ‘buy’ products.

Speaking of putting the fun into raising funds, Brazil’s Bradesco F.Banking has a fully functional Facebook banking app that capitalises on the social banking/crowdsourcing trend. Customers can collaborate on raising money for projects, ranging from humanitarian causes to throwing a birthday party. The page has 4.6 million likes.

US bank Chase has raised its social capital through its community giving program via Facebook. The program allows followers to influence which charities the bank supports. The Facebook page, which has 3.7 million likes, heaves with positive sentiment over worthy causes and applauds Chase’s good work.

For banks who are accessing customers’ data on social media, the data mining possibilities are enormous. CIMB’s app mines personal data on Facebook such as your profile information and email. It can also post to your wall and access posts in your news feed.

Facebook’s functionalities can provide banks with analytics to allow them to sell products and tailor targeted ads, based on the customer’s Facebook activity. Just got married? Might be time to reconsider your life insurance policy.

Banks who are exploiting this data meaningfully are ahead of the game, and are measuring their social media performance beyond Facebook likes and number of people talking about this.

These are the measurements that really matter; numbers that show the return of investment on social media promotion, cost-benefit analysis of data mining and analysis, and cross-selling via social media.

The question is who will be the first to publicise their performance in this way?