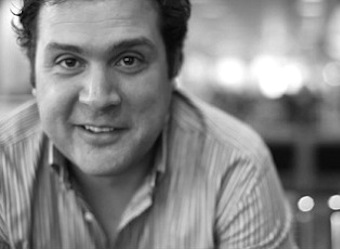 Facebook has announced one more change with some marketers claiming it is the end of the free ride. Here Lucio Ribeiro clarifies what the change really means.

In case you missed it, recently Facebook announced yet another update to its News Feed algorithm that will impact how promotional content from Pages is distributed.

Starting in January users will see less promotional posts in their News Feeds, meaning Pages “that post promotional creative should expect their organic distribution to fall significantly over time.”

This is a direct result from a recent survey Facebook conducted of users to determine the impact of content in their News Feeds. According to Facebook, people indicated they want to see less promotional content.

“According to people we surveyed, there are some consistent traits that make organic posts feel too promotional:

What does it mean for marketers?

It is not 100% clear how Facebook will determine what’s considered ‘overly promotional’ and even after the definitions there’s the challenge of categorisation and scale.

Will the system work efficiently and accurately to understand and separate relevance by business vertical that demands DR and  ‘offer value’ in the form of regular discounts (eg. CatchOfTheDay) and verticals that don’t?

For marketers, organic Facebook reach and engagement were already basically non-existent. The days of getting any free reach on Facebook are gone.

It’s no secret that organic distribution of posts on brand pages has declined. Some of our clients at Online Circle Digital have seen rates of 30% in 2013 dropping to 3% in 2014.

Ogilvy reported earlier this year that Facebook posts of brands with over 500,000 fans reached just 2% of their audience.

And that’s not all: thanks in large part to brands’ lack of organic reach, a Forrester study this year found that just 0.73% of top brands’ fans engage with each of their Facebook posts.

It’s clear Facebook has abandoned social marketing, and is a place to buy old-fashioned ads.

It is important for marketers to remember that Facebook has unrivalled targeting abilities that allow brands to build high reach and controlled frequency to consumers with very specific messages in specific devices.

The approach to Facebook (and social) used to be simple: ‘We need to be on Facebook.’ Now the approach is much more complicated, things like budget, time, content and industry can muddle up the answer to the question. This isn’t necessarily a bad thing, it’s just makes it a more mature conversation.

Brands that are using things like Facebook Social Login, Retargeting, In-depth Targeting, Behaviour-based ads, Tracking with Conversion pixels and Building Customs and Look-alike Audiences are the ones ‘winning’ on social.

Just because businesses used to get a free ride, doesn’t mean they always should. Facebook’s biggest issue is to convince brands and small businesses to pay for what they used to get for free – and the numbers show they are doing a good job.