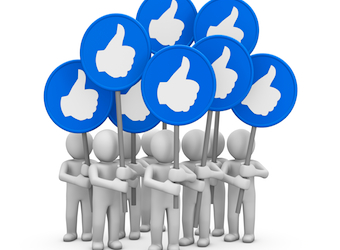 The existence of Facebook has boosted the world economy by $227 billion, creating 4.5 million jobs globally in 2014, according to a Deloitte report commissioned by the social network.

Deloitte compiled the 36-page report for Facebook to discuss the ‘economic impact’ of the social network to the world, including value created and jobs added to people benefiting from its marketing channels and app developers.

Facebook connects 1.35 billion people around the world, including businesses using the platform as a way to promote themselves and their products and connect with customers all over the world, reducing barriers by raising brand awareness.

“People can use Facebook to discover new companies and brands or connect with businesses that they already know,” the report says.

Countries to benefit most from Facebook’s impact are:

Marketing effects form the largest share of economic impact facilitated by Facebook in 2014, worth an estimated $148 billion. Connectivity effects were worth $50 billion, and platform effects $29 billion.

The report discusses Facebook’s ability to help organisations achieve their goals, citing the overwhelming success of the Ice Bucket Challenge. The campaign spread virally through Facebook, helping to raise $100 million in donations for sufferers of ALS (amyotrophic lateral sclerosis).

“Sharing of links can have significant effects on sales and fundraising,” the report says.

The study emphasises that its focus is on Facebook’s ‘broad effects’ on third party ecosystems and excludes ‘narrow effects caused by its day-to-day activities’.

Deloitte says it has based the report on information provided by Facebook and ‘referenced third party sources’ but it decided to skip fact-checking this information.

“Deloitte has neither sought to corroborate this information nor to review its overall reasonableness. Further, any results from the analysis contained in the report are reliant on the information available at the time of writing the report and should not be relied upon in subsequent periods,” the report says.