Robin Williams, Tony Abbott and Malaysia Airlines were the most talked about topics on Facebook in 2014, while more people checked in to Darling Harbour, Sydney Opera House and Melbourne Cricket Ground than anywhere else in Australia.

Facebook has compiled its top 10s of 2014 – Australia’s most talked-about topics and most checked-into places.

The social network anonymously aggregated Facebook posts, creating the lists by analysing how frequently a topic was mentioned between January and December 2014. 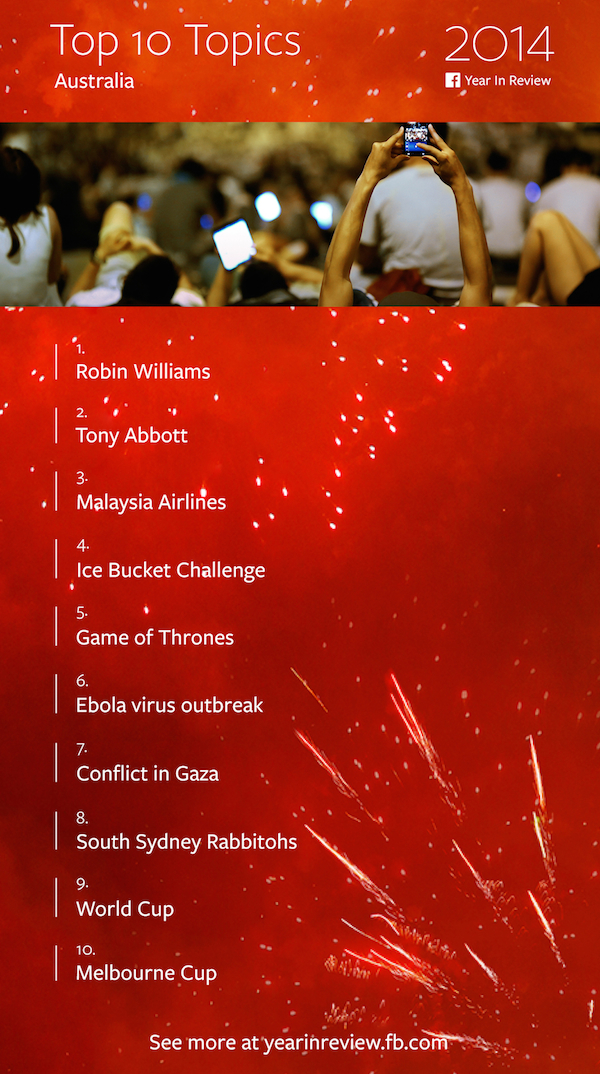 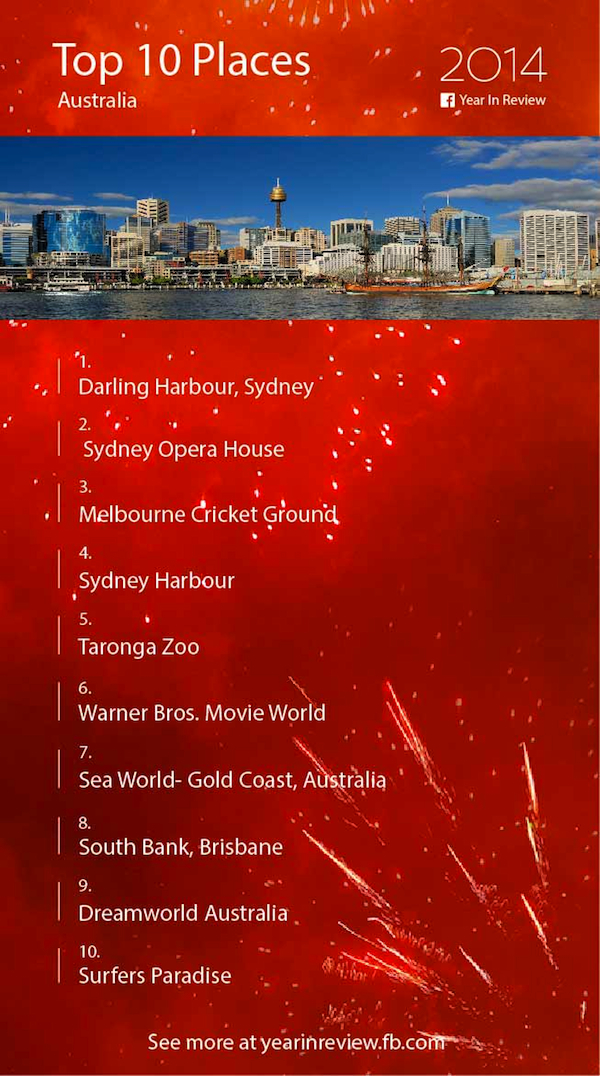