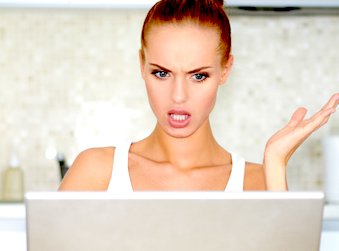 The founder of a positive-only reviews website says that every negative review left on the internet hurts a business significantly and that direct complaints, rather than public complaints online, are more beneficial for everyone.

Positive-only review site, Kudusto.com.au has released findings of a survey that says the impact of negative online feedback on Australian businesses can be quantified, with 15% of more than 1200 surveyed claiming they wouldn’t visit a business if it had a single negative online review to its name, even if surrounded by a sea of positive feedback.

According to Kudosto founder Paul Ryan (not pictured), most Australian’s don’t understand the impact negative reviews can have on a small business. “Negative online feedback has the potential to severely tarnish the reputation of a business, and even cripple a small or start-up business.”

The site was launched recently and allows users to leave praise for businesses with a one, two or three-star rating, labelled ‘good’, ‘great’ and ‘excellent’.

Kudosto’s survey says that one in five (20%) 18 to 44 year olds would prefer to make a complaint to a business in public via its social media page or an independent online review site. When asked what was most appealing about leaving a negative review online, 31% said they enjoyed the anonymity, while a further 29% did so in order to avoid confrontation.

“Small business is the crux of the economy and the largest employer of Australians. 80% of Australian businesses employ less than four staff and a high percentage turn over less than $200,000 a year, so the potential to lose three out of every 20 customers at the mercy of one person’s opinion is tough to swallow,” he says.

Ryan, who was a founding partner of Wizard Home Loans, believes customers are entitled to complain about negative experiences, but that those complaints should be handled directly, rather than posted online. “When we have a poor customer service experience, we’ve certainly earned the right to be disappointed. However, if we’re truly sharing feedback to help a business improve, then that feedback should be taken offline and directly to a business. It gives the business a chance to remedy the problem for you and for future customers.”