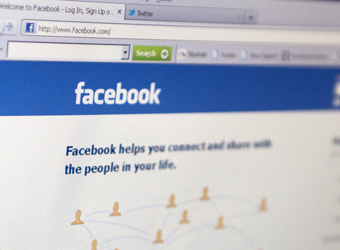 Facebook held an unpublicised emergency summit with ad agencies in New York two weeks ago to clear up confusion about its policies for ads, apps and pages, Adweek reports.

The social network met with nearly 40 ad agencies after many were found to be pitching campaign ideas that didn’t meet with the platform’s guidelines. Billed as the ‘Facebook Policy Summit’, Crispin Porter + Bogusky and various other ad agencies attended the meeting aimed at resolving numerous pain points associated with the social media marketing platform.

Interactive director at Crispin Porter + Bogusky, Ivan Perez-Armendariz, described Facebook’s policy as being longer than the US Constitution. “Facebook has a move-fast-and-break-things culture,” Perez-Armendariz told Adweek. “You might have a green light on a concept only to find out later on that the policy has changed … We’ve had instances where a major investment has been made, and then it gets shelved.”

VP of global agencies and clients at Facebook, Blake Chandlee, said the top question on the agency’s lips was how they could find out about policy changes before they get implemented. Chandlee said agencies will participate in a brainstorming session about how Facebook can better communicate new policy information.

“That’s something historically that we haven’t done that well,” Chandlee said. “[We want to] more effectively do that because it’s a big community. There are hundreds of thousands of employees who get affected by this stuff around the world.”

According to Adweek, Chandlee described the policy summit as a good start to remedying a fairly persistent headache for creatives.

“Sometimes you read policies and think, ‘Why would they do that? Why are they trying to reduce the creative canvas that I have?’” he said. “[Last week] when we explained we were trying to protect the user experience and the value it delivers to both users and brands, it seemed the light bulb went off for a lot of people. And it will be an ongoing dialogue.”