Taubmans Endure Interior and Exterior paint was relaunched with a first for the Australian market: a lifetime guarantee. To differentiate this product in a crowded category, Taubmans tasked its agencies with creating a campaign that positioned the brand as the go-to colour expert for consumers, as well as emotionally connecting them to the brand.

The end result was the ‘My Colour Story’ campaign, which encouraged consumers to get inspired by colour – not through trends, but through their own personal passions and experiences. The campaign encouraged consumers to share their favourite photos to receive a personalised colour swatch matching the image. This was amplified on media channels above and below the line and was integrated across traditional and social media with the use of the #mycolourstory hashtag.

The campaign’s core objectives were to: 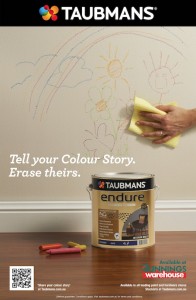 Working closely with several appointed agencies, Taubmans developed an integrated campaign to disseminate its key message that colour inspiration can be found everywhere. To do this, it drew on the brand’s ambassador, award-winning interior designer and TV presenter, Shaynna Blaze, as well as new-to-market advertising technology, and traditional advertising and PR strategies.

The campaign was designed to capture interest and engage consumers across multiple media platforms and emotionally connect them with the ‘inspiration is everywhere’ message.

The creative concept for the campaign stemmed from consumer insights shared by Taubmans that choosing a wall colour is overwhelming for most consumers. The solution? Help consumers narrow their focus and identify a colour from something that inspires them because every colour tells a story. Consumers were encouraged to look around to discover what inspires them. Whether it is a painting, a flower in their backyard or a bird, there is sure to be a Taubmans Endure colour that will resonate with them. That colour can then be used as a base to inspire a meaningful interior that they will love for years to come. 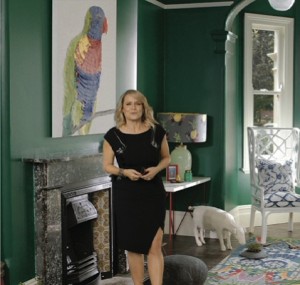 The campaign relied heavily on its digital presence with consumers directed to both the desktop and mobile Taubmans and My Colour Story sites to share their photos. Digital agency, The Farm designed a sleek and colourful m-site that allowed consumers to upload their photos and discover the Taubmans colour swatch that matched the image. Images were uploaded into an image gallery on the website, which was searchable by colour, and users were also encouraged to share the final images across their social media platforms.

Enlisted expertise to drive colour inspiration Enlisting the expertise of Taubmans brand ambassador and ‘colour creative director’, Shaynna Blaze, Taubmans facilitated the filming of a TV commercial that showcased Blaze sharing her own ‘colour story’. She explained how her inspiration was drawn from the colours of the Australian native bird, the rainbow lorikeet, to create a beautiful living room colour scheme. The TVC bolstered the campaign’s ‘inspiration is everywhere’ messaging and included a call to action for consumers to visit the ‘My Colour Story’ website. 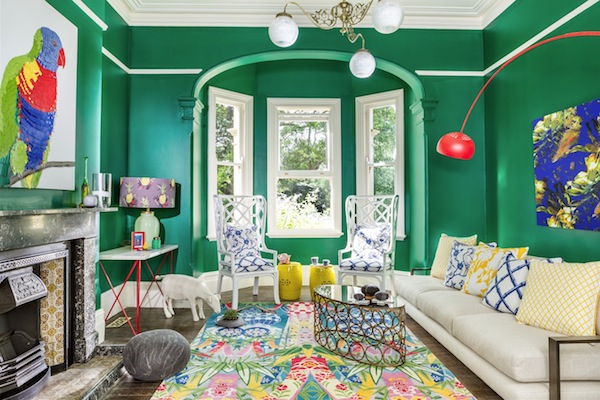 To support the campaign in-store, three new Colour Look Books were created by Shaynna Blaze, incorporating interiors created with the inspiration themes of Australian birds, flowers and imagination. These look books were designed to captivate, engage and encourage DIY consumers to begin the painting process with inspirational colour combinations. Whatever the colour is, there is a story to tell and each look book encouraged consumers to find inspiration from the world around them.

Taubmans sought out ‘real people’ to participate in the campaign and share their colour story through a before and after decorating journey. The content was filmed to create a mini-series featuring four different real life stories sharing how they used their inspiration and brought this to life in a room makeover using Taubmans Endure. Among these was fashion designer Josh Goot, who painted his new studio and store using Taubmans Endure to reflect his passion for quality and technology. These videos were produced by Ensemble, hosted online and featured on Channel Nine’s The Morning Show as advertorials.

A new way to interact

At the crux of this campaign were digital touch screens using technology specifically created for Taubmans by Adshel’s in-house digital team. These screens were stationed in high-traffic areas of Sydney and Melbourne. The screens enabled users to explore colour by selecting a colour palette based on an inspirational photo and then using it to create their own interior or exterior look. Users could also share the final image across their social media channels. 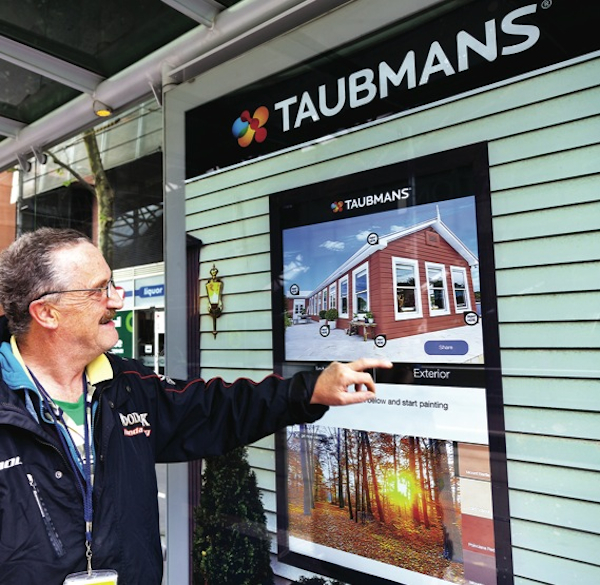 The results of the Taubmans ‘My Colour Story’ campaign were outstanding and reached a large, highly-engaged audience across many traditional and non- traditional channels.

The results exceeded the bar set by campaign averages and created a new benchmark.