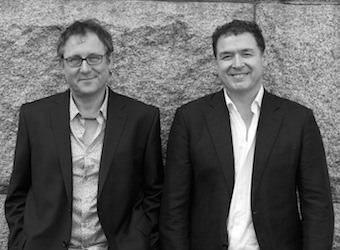 In the final of a three-part series, Crawford Hollingworth and Mike Daniels from The Behavioural Architects examine the methods of measurement to help understand existing habits. (And if you haven’t, check out Part One: Changing sticky habits and making the subconscious conscious, and Part Two: A blueprint for building new habits.)

We often can’t help but point out the irritating habits of others, however we are less aware of our own habits and couldn’t begin to guess at the routine behaviours that drive people we don’t know particularly well. That’s not surprising, because sticky habits tend to be bedded down deep into automaticity.

For some individuals it might take more effort to change or bed in new habits. For instance, people living alone often have more habits which are more deeply embedded than those living with other people, probably because the latter have to adapt their routines to others and are simply not able to be so set in their ways.

The UK Department for Environment, Food and Rural Affairs (DEFRA), have developed a great framework with which to think about different approaches for those with stronger or weaker habits.

They suggest measuring both an individual’s strength of habit and also their willingness or motivation to change, and plotting these indicators against each other to create a matrix, which enables researchers to classify someone into one of four different camps:

What measures can give us an idea about habit strength?

Behavioural scientists usually define a habit as multifaceted with three key features: automaticity, frequency of repetition and a stable context.

Automaticity: the behaviour is unintentional or uncontrollable, we do not consciously initiate it but simply  find ourselves doing it or having done it.

Frequency of repetition: the frequency or the number of times daily or weekly the behaviour is carried out.

Stable context: the behaviour is performed in the same context each time this might be the physical location or environment, the social context, or a particular time of day.

Reward or feedback: the presence of a strong reward, motivation or some sort  of feedback created by the behaviour.

Identity: behaviours, such as speaking in a particular way, or reactions to events which we define as ‘typically us’  and might feel strange if we did not do, or did something else.

One of the most widely recognised self-report measures used by behavioural scientists currently is the ‘Self-Report Habit Index’ (SRHI) – a questionnaire where respondents answer using a seven-point agree or disagree ranking. However, as with any measure, there are limitations. Respondents are highly likely to get tired of answering a 12-point questionnaire, especially  if it needs to be done daily or for different activities.

One solution to this problem could be to measure habits simply through testing a subscale of the SRHI such as ‘The Self- Report Behavioural Automaticity Index’ (SRBAI).

In our firm, we take the  tools described above as a starting point, and have been applying other techniques used in behavioural science to increase the reliability of self-reporting.

Ethnographic observation via video recording and analysis is a great way to observe frequency and repetition of habits. These are good for open environments – airports, shopping centres and roads. In the home we can use technological devices to track behaviour and measure habit strength. For example, Unilever recently designed a toothbrush containing an accelerometer and gave this to a set of consumers to track how often and for how long they brushed their teeth.

A UK study to observe the habit of handwashing installed wireless movement sensors in motorway service station toilets found that 32% of men and 64% of women washed their hands with soap.

We see technology particularly specially designed apps as a great opportunity to reduce any potential barriers to reporting. Apps can prompt respondents in the moment as they are performing the behaviour, which could lead to more accurate and regular reporting.

Apps  are increasingly capable of achieving all sorts of measurement from our exercise behaviour and sleep routines to being able to tell us whether we have anaemia, skin cancer or breathing problems.

Thinking more deeply about the strength  of habits or, put another way, the potential difficulty of achieving the behavioural change we desire, will allow us to look at a behavioural task with our eyes more wide open and will also deliver deeper behavioural insight.

The framework around repetition, automaticity and identity empowers us with a meaningful architecture within which to explore habit loops and, with technology on our side, measurement will become more sensitive and more insightful, able to inform us more and more clearly whether we need to reach for the carrot, compose a sermon or look for a big stick!

That concludes this three-part series by Crawford Hollingworth and Mike Daniels from The Behavioural Architects. To review their previous articles in this series, follow these links: