Implementing a social media plan with the Social ROI framework

Implementing a social media plan with the Social ROI framework

In this follow up to his previous article, Tim Hill outlines how to design and implement a social media plan based on the Social ROI framework. 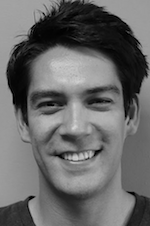 These are all big questions and without any data insights informing your approach, you’ll be relying on intuition and guesswork. The purpose of the SocialROI framework is to assist in answering all of these questions.

But before that, the first question to tackle relates to your objective.

Why does your organisation use social media? The best way to answer this question is to try to boil it down to a single sentence statement. You’ll need that statement to speak to business value – what tangible value social media delivers to your organisation. For example: raise awareness of the product with millennials; get existing customers to renew their subscriptions or increase sales of a lagging product.

Before devising any social media strategy, you’ll need all stakeholders (management or your client) to agree 100% on every single word in your statement because it will inform everything you do, including how you’ll utilise the SocialROI framework.

Devising a single statement may feel like an impossible task in an organisation with many priorities, customer segments, products or services. But the complexity of the organisation shouldn’t inhibit the ability to pinpoint the business value of social media. 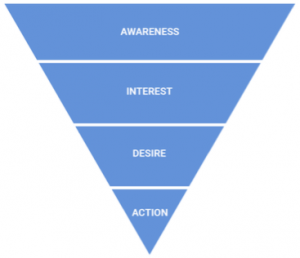 When you think about constructing your statement, consider the four stages of the Social ROI funnel: awareness, interest, desire, and finally action. Each stage represents different measurable behaviours and metrics, from reach to interactions to clicks to conversions.

For big brands, this statement may relate to the top of the funnel only, for example: ‘foster engagement with mainstream audiences.’ For small businesses or e-commerce brands, it may relate more to the bottom of the funnel, for example: ‘drive consideration and sales of Product X among the target audience.’ In each example, there’s a clear focus on why the business is using social media and how it measures success.

Fostering engagement immediately speaks to an engagement rate KPI, whereas driving consideration and sales speaks to click through rate and conversion rate KPIs.

In part one: The social ROI framework will prevent you drowning in an ocean of metrics »

Once you’ve composed your single sentence statement, return to the Social ROI funnel and look at each stage. You now need to allocate percentages to each stage of the funnel.

This exercise is about assigning the focus that represents the amount of effort applied to each stage of the funnel in order to achieve your objective. All your percentages must add up to 100%. You could assign 100% to one stage of the funnel, equal parts of 25% to each stage, or varying levels to some stages – it’s completely up to you.

In the previous example where the statement was fostering engagement with mainstream audiences, you would be looking at the first two stages of the funnel – Awareness and Interest. The next decision to make is how you allocate the weightings within these two stages.

You could allocate 50% to each stage evenly or 100% to the interest stage or some other combination of 80/20, 70/30, etc. If you allocate a 50/50 weighting, it will be clear to anyone that you care about reaching people and engaging people equally, so you’ll be reporting on topline reach and impressions, as well as Interactions and Engagement Rate. From a paid social perspective, you’ll be reporting on cost per thousand (CPM) as well as cost per engagement (CPE) and looking to optimise both over time.

In that same example, if you allocate a 0% weighting to awareness and 100% to Interest, it will be clear to anyone that you don’t care about reach or impressions metrics; instead your singular focus is on interactions and the engagement rate. Similarly, from a paid perspective, you’ll be focused on optimising your CPE.

Of course, you’ll measure all available metrics but the focus of your activity will be determined by your funnel weightings. This focus will also determine how you’ll report performance to stakeholders and, importantly it will align to the original objective that everyone agreed on at the start.

With the single sentence statement and funnel weightings outlined, you now have a clear social media north star for your organisation. Collectively, all stakeholders should be on the same page as to why the organisation uses social media and the tangible business value that it yields. Furthermore, the funnel weightings now give you a clear definition as to what kind of measurable behaviours and outcomes you’ll be optimising for and how you’ll report performance to stakeholders.

If you revisit the questions posed at the start of this article about what, when and how, you’ll find at each decision point there is a clear outcome to drive the user behaviour you need. If you don’t have longevity of content performance stats, the best way to do this is to look across your industry at competitor content to understand what kind of channels, content themes and media types work best at each stage of the funnel.

Tags:
Previous Article
What went wrong with Pokémon Go? Three lessons from its plummeting player numbers
Next Article
Can Samsung recover from the Note7 fiasco?