It’s game on for retailers, but don’t forget the basics

It’s game on for retailers, but don’t forget the basics 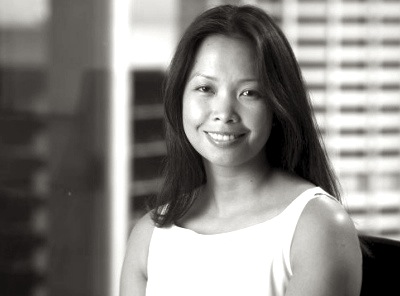 Australian retail businesses that provide poor customer service are airing their dirty laundry on social media sites. What’s more, their failure to respond to complaints in a timely and appropriate way  – case in point, Myer’s Facebook page – is exacerbating the negative impact on their reputation. To compete in the international marketplace they desperately need to get the basics of the customer service experience right as part of their digital marketing strategy.

Australians are generally a tech-savvy lot. The majority of the population use the internet. Around 10 million Aussies are on Facebook. And are increasingly shopping online.

Good news is retailers are trying to step up to the plate. You would too if you were described as an ‘online laggard’ by Macquarie Research – as was the case with David Jones when it announced its financial results.

The change, from a defensive to an offensive play, has resulted in some fumbles. The retailers that should be among the market leaders, David Jones and Myer, have underwhelming ecommerce sites. On each site, the range of goods is limited, product information is scanty, and there is no functionality for product reviews by customers. The sites even look similar – did they use the same template?

Still, it’s game on. 2012 is destined to be the year when Australian retailers catch up to their overseas competitors and embrace Web 2.0 (Scroll down for a snapshot on how the big Aussie retailers are investing in digital marketing). There’s a lot of ground to make up. And it goes beyond the Facebook and Twitter spheres.

Survey results (published on Crikey last week) have confirmed what shoppers and retail businesses have commonly observed. The Essential survey found that there are more Australians who are unhappy with the prices and service provided at major shopping centres than there are who are happy. Furthermore, Aussies are doing more shopping online. They are shopping less at major retailers and shopping centres.

The key takeaway from these stats for retailers is that they should be considering getting the basics such as value and service right as part of their overall marketing strategy. That goes for in-store as well as online. Most Aussie retailers can’t compete on price. Service has to be central to their value proposition.

Dissatisfied customers can and do vent in front of a significant audience, cheaply and easily on the internet. The proliferation of sites such as Eatability, Tripadvisor and Yelp give ordinary people fearsome clout. A simple Google search presents a snapshot on Aussie retailers’ service performance. The negative reviews on the major stores far outweigh the positive.

Case in point: as I was researching for this blog post on Sunday night, I came across a series of comments on Myer’s Facebook page, about customers’ disappointing service experiences in-store. Clearly no one from Myer was monitoring the site. The first complaint was posted around 3pm. It came from a Blacktown shopper who also happened to be a shareholder. Double whammy.

The comments kept streaming in until nearly midnight, from literally across the country (Perth, Albury, Toowoomba, Belconnen, North Lakes), which was why they had top billing on Myer’s wall. I couldn’t miss the scathing reviews.

I scrolled down. An hour before I clicked on the page, someone had posted: ‘Myer you should be listening to this post.’ Still no response from Myer.

I decided to join the conversation and posted, ‘Hello Myer, do you not have staff monitoring your fb site? You need to respond to these comments!’ We all got a response around 9am on Monday, a standard message about Myer taking customer complaints seriously. I was on Myer’s Facebook page again on Monday night (I sound like a stalker, don’t I?) and noticed new complaints from other customers, again published prominently, on the top of the wall.

Internet marketing is an opportunity and threat. When customers are delighted with you, social media is your best friend. Your brand gets ranked at the top of the list. Otherwise, the content on social media channels can be downright damaging – if you choose to ignore it.

The key players have set up their chess pieces to play the social media game. They are investing in the infrastructure, redirecting marketing spend to digital, and hiring resources. They should also be improving customer service – including by responding to customers on their Facebook page. Yes, even on the weekends.

The playing field has changed. But the basic principles of the game are the same, online or in-store. Be responsive to your customers. Supply useful information. Earn their trust by resolving issues.

Look at the positive: the whingers on Facebook are already engaged. At the very least, retailers can improve customers’ perception of their brands. They may even win back a customer, convert a sale, or turn a disgruntled customer into a brand advocate. Net promoter score! Goal! It’s possible, according to this research.

The real question is can Aussie retailers get the basics of good customer service right? International competitors set high benchmarks. Cheap travel and the strong Aussie dollar have allowed even more Aussies to experience the joys of shopping meccas like New York and Hong Kong, where being a customer is delightful.

The internet makes price and service comparisons between Australia and international competitors more accessible. It’s not rocket science. Customers will shop overseas or online simply because of the superior value and service offerings.

How are the retailers spending on digital media?

The retail industry’s campaign for GST to be applied to overseas online purchases worth $100 to $1000 never really had any legs. After the Productivity Commission concluded that the cost of collecting the tax could outweigh the revenue raised, the retail industry’s protectionist approach needed to be revised (Interesting aside, from a foreigner’s perspective, Australia’s message to overseas competitors is consistent with our response to refugees: Australia is an island! You’re not welcome! At least we have our key messaging down pat – PR 101, tick).

Once Gerry calls it, you know it’s game on. A capitalist can change his spots. In December 2011, Gerry Harvey warned customers not to buy video games in-store, where they will be paying ‘much higher prices’ compared to those listed on his brand new site, harveynormandirectimport.com.

In November, Westfield enhanced its ecommerce site, with a collaboration with Virgin. A personal anecdote: I remember chatting to a Westfield executive at a Christmas party in 2010. To see what kind of reaction I’d get, I told him I enjoyed shopping online on Nordstrom, an upmarket US store. Nordstrom was one of the first major US retailers to deliver to Australia (It’s also well-known for its customer service excellence. Their service is so good they’ve writtten a book about it). I hit a competitive nerve and got some inside info. He said Westfield was working on a site, but so far had found it difficult to get tenants to agree on terms. This could be why it’s been developed and launched in stages over a 12-month period.

Interesting situation, Westfield’s. It’s potentially cannibalising its traditional business as a property manager and developer by playing the internet game. Westfield promotes its ecommerce site as complementary to its core business activities. It’s a brave move, one that has made Westfield a significant online aggregator, a distinctively Australian one at that.

Good news is the final product is much better than the neighbours’ sites.

Over at Myer, they are sorting through expressions of interest from suppliers, who had a mid-January deadline to pitch for a spot on the Myer digital marketing dream team.