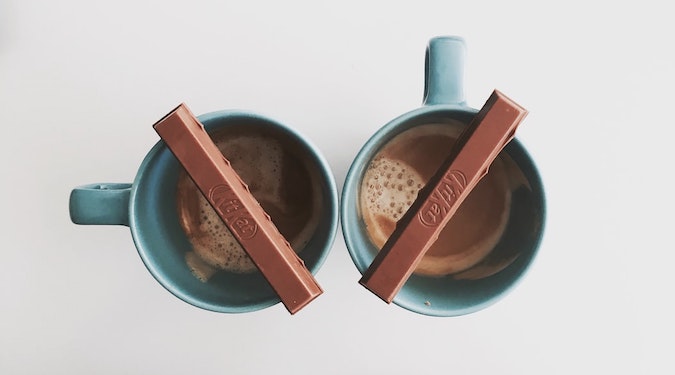 Wunderman Thompson and Nestlé have engaged with popular Australian TikTokers to launch the ‘Have a Bite’ campaign, sparking the debate about what is the correct way to eat the chocolate.

Using the hashtag #rulebreak, TikTokers including @milligram96, @rybkatwinsofficial and @tomford19, explore all the options of how to eat the iconic Australian snack.

Commenting on the campaign, Wunderman Thompson’s chief creative officer João Braga says, “As Australia’s favourite chocolate bar, we know that people have some serious love for the iconic treat, but we wanted to discover new ways to engage with the fanbase online. What better way to do this than by jumping into the heartfelt and passionate debate over the true, right and ‘correct’ way to eat a KitKat.”

Not only were popular TikTokers used, but there was also a short released by the brand itself that featured revered Australian actor Michael Caton as a wizard, who bites into the chocolate as a whole before asking the audience, “Is this wrong?”

The debate continued to swirl, with Sunrise even taking a bite of the action. The hosts of the morning program took the opportunity to share how they eat their KitKats, starting a debate on Twitter on which technique users preferred.

Joyce Tan, Nestlé head of marketing, said of the campaign: “We knew it was time to finally weigh in on the conversation regarding how to properly eat a KitKat and acknowledge the weird and wonderful ways Aussies eat theirs.”

It seems that this debate was the right one to have, with @milligram96 TikTok already amassing 2.2 million views and @rybkatwinsofficial clocking in at 1 million.

The campaign will run until September 30.