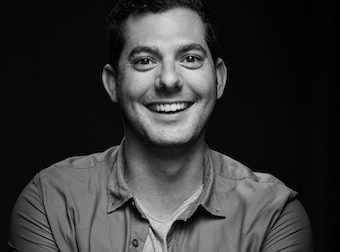 Every few years a new buzzword arrives that promises to change the face of advertising as we know it. This time it’s different, they say. This time it’s revolutionary, they whisper. It’s going to change everything.

Thank God native advertising is not that. Instead, it’s the natural intersection of publishing and marketing, and its possibilities are downright exciting.

So what is native advertising exactly? Summarised in a single sentence, it is high-quality content that fits seamlessly into the natural experience of any given platform.

It’s native to the environment that it appears on, not forced or disruptive. There are, of course, both subtle and sledgehammer ways of delivering this, and this will vary for each brand, publisher and campaign.

At Junkee, for example, we’re going in the opposite direction of most publishers with just one high-impact ad per page, and a native advertising model where clients brief us to create content that fits both the audience and the brand’s objectives. It’s not always easy but that’s where the challenge – and fun – lies.

The word ‘native’ itself holds clues to its definition. It should appear in the same stream as every other piece of content. It should act, and feel, and read, and evoke the same feeling as the other content on the site. To achieve this, it needs the complete buy-in of the same editorial team that produces the primary content every day.

Not everyone agrees with this. Peter Naylor, the executive vice president of digital media at NBC News Digital Group in the US said last month that he has strict guidelines for native advertising. One of his rules is that, “the editorial staff will never really be called upon to help create this content. Editorial will continue to create editorial – marketing and ad professionals will work on ad content”.

I think he’s wrong. Editors understand the audience, the space, the context – and that’s what native advertising is. That’s what separates this evolved form of advertising from previous formats like advertorials, branded content, content marketing and sponsored posts.

The number of ways that native advertising works for both advertiser and publisher is pretty long, starting with being a lot more effective at trying to engage a consumer to care about what an advertiser is saying than an easily-ignored banner ad.

With the rapid migration from desktop to mobile (up to 40% of the traffic to our network of youth-focused sites is now from mobile devices), native content is just as valuable on mobile as it is on the desktop, a panacea for publishers struggling to stay on top of, and monetise, changing user behaviour.

It’s also a lot more measurable than a banner ad. Instead of just rudimentary statistics like impressions and click throughs, native advertising, online at least, can tell you how readers actually interacted with a story – how many commented on it, shared it with their friends on Facebook, tweeted it to their followers and then you can even measure the ripple effect that an advertiser’s content is having all over the internet.

Native advertising does not finish when you publish the content. That’s just the beginning if it’s done right, as each piece of content is tracked and studied as it makes it way around the net.

How to do it well

To succeed with native advertising, you need to really believe in it. We’ve just hired a full-time ‘native editor’ who comes from a combined journalism and marketing background to spearhead our efforts.

Secondly, the content has to be relevant. Trying to find the balance between content that your audience is going to love, as well as effectively telling the brand story, can be difficult. But this is where the quality of native will live and die.

Thirdly, content creators need to treat native advertising like any other piece of content, from how it is written and edited, to how it is presented and amplified.

And lastly, you need to be honest with your audience and signpost it. They’re smarter than they’re sometimes given credit for and appreciate being told when something is made possible thanks to an advertiser.

Native advertising is one of those terms you’ll be hearing a lot about over the coming months. It’s one of the most exciting tools we have as publishers to work directly with marketers to make content that really connects with the audience. And how cool is that?