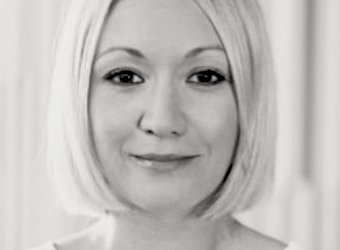 The world is changing, John Oliver. It might be time to get on board or cancel your social media subscriptions if you don’t intend to take part.

We can’t all sit in a bubble and complain about how the world used to be. We need to work out ethical guidelines and chart new territory in a media environment changing faster than the speed of light.

Here are some examples of notable ‘brand funded projects’ that have done the editorial world some good.

The Forbes Brand Voice Platform generated over 20% increase in contributors to Forbes, a spike in articles published (ie. more content), more eyeballs than ever before and a steady year-on-year revenue increase in a declining print marketplace.

Surely it can’t be all that bad?

AOL’s digital portal Makers is the largest video collection of women’s stories in the world, and it was funded by US skincare brand, Simple.

Can’t be all that bad, right?

Now, maybe not to everyone’s taste, but The Gilmore Girls was an enormous success. In the face of a lack of programming options for FMCG brands to align their products, a group of advertisers helped develop its very own seven-year-running drama series. The Gilmore Girls not only gave them a place to run their ads but, additionally, a large revenue return when it was sold in Season Two to one of the largest US TV networks as a format.

There are examples of where it works and works well. I’m not saying it does every single time, however that responsibility lies at the hand of the producers and strategists and with the interests of creating quality, engaging, meaningful work.

Now, turn that coin over and lets delve into this world of shameless self-promotion that John Oliver would have us believe is not an appropriate place for brands.

Marlon Wayans of the famed, and spectacularly talented, Wayans family, last week cashed in on his social standing, via social media (der, that’s why its called social). He built a million-percent increase on his fan base after hitting the probervial ‘Delta white girl dancing badly’ nerve. Now, clearly he and Delta Goodrem are on friendly terms and she was no doubt across the comments. They both had millions of people talking about them both and the Twittersphere almost melted.

Whether we like it or not, everyone of us have become ‘native advertisers’ by virtue of the digital world afforded to us via social media. We have the right as humans living in 2014 to broadcast our food, babies and big night’s out – so why the f*** can’t brands?

Mr Oliver, I hate to break this to you, mate, but we’re all sell-outs – you included. That’s why you work for HBO and not some rinky-dink backwater broadcaster. It’s why you have 258,040 Facebook fans and 453,000 twitter followers. It’s also why you had the freakin’ Muppets on your show last week promoting what? A commercial enterprise in the guise of ‘entertainment’, methinks.

So, from one sell out to another, I salute you. We do what we can to get our message noticed. May Statler and Waldorf be kind in your next review.

Tags:
Previous Article
First brand campaign for Chemist Warehouse keeps it real with ‘Our House’ jingle by Madness
Next Article
3 ways consistency is key to winning the online customer journey