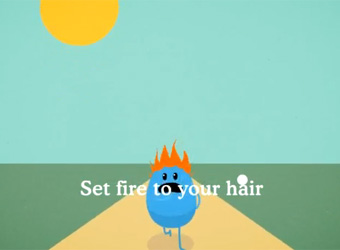 A karaoke version of Dumb Ways to Die – the animated rail-safety video that went viral – has been released as the next step in the campaign’s evolution.

McCann and Metro Trains Melbourne will continue to roll out elements of the rail safety campaign, in a bid to keep the message fresh in the minds of Melbourne’s rail commuters.

Director on McCann’s Metro account, Adrian Mills, says the karaoke version has been created to foster deeper engagement with the campaign’s target audiences.

“We’re now allowing users to create their own renditions of the song, and thereby their own social currency, while further pushing Metro’s rail safety message virally,” Mills says.

Dumb Ways to Die became the fastest spreading Australian viral video of all time when it was released in November and has since racked up over 33 million views on YouTube.

The Tumblr page was created pre-launch to ensure the campaign made it onto the front page of Reddit, in order to generate a strong viral impact extremely quickly.

The campaign aims to reduce the number of serious and fatal accidents on the Metro Trains Melbourne rail network.