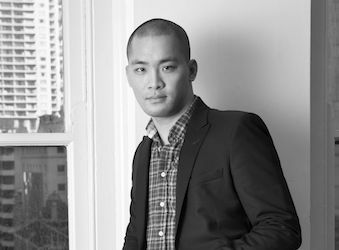 Many companies such as KFC (Snack! In the face), Coca-Cola (Happiness Cycle), and Virgin Mobile (Game of Phones) have created hugely successful mobile app-centric campaigns with success metrics that have vastly outperformed campaigns using traditional channels.

The trend of mobile growing into a powerful marketing channel is not a surprise to marketers. The standard user is spending more hours in mobile apps than desktop web (29 per month versus 27 per month), and in February 2014, mobile app access (not even including mobile web) of the internet in the USA has for the first time surpassed that of desktop web, 47% to 45%.  Users access their phone every six minutes, and 91% of adults have their phone within reach 24/7.

These are impressive statistics that every marketer can appreciate, but at the same time, because apps are so new and different to traditional web-based digital strategies, many digital marketing specialists are hesitant about taking that first step into investing in mobile-first campaigns.

So in this three-part series we’ll explore three core topics that every marketer needs to know to get started:

In 2014, people check their mobile phone every six minutes on average, spending approximately 2 hours on the phone each day. 91% of adults have their phone within reach 24/7, and 80% of time spent on the phone is in apps, not in the phone web browser.

A lot of experienced marketers understand these trends and statistics, but are unsure about how to implement mobile-centric campaigns. And when in doubt, they often try to apply their tried-and-tested web-based campaign ideas on mobile, only to have it flop or fail miserably.

The first step to building a successful mobile app marketing campaign is to take a step back and accept that the mobile world is very different to the web world, and thus there are different advantages to the channel that app campaign strategists need to leverage in order to achieve results.

On the strategic and product design side, before designing the campaign, marketers needs to understand the basic behaviour pattern of mobile users. For example, compared to desktop web, mobile users access apps quite frequently, but with shorter durations for each use. This makes sense – you’d sit down in front of your computer at work or at home to look up something as a focused activity, but mobile usage is usually spontaneous, and done while the user is doing something else, whether that’s watching a TV show, hanging out with friends, or on public transportation on the way to work or back home.

As such, mobile app marketing campaigns need to be designed with simplicity and the short attention span limitation in mind – you can assume they will come back often, but you can’t assume they’ll have the patience to fill out a long form or watch a video.

On the other hand, because they’re out and about, and all smartphones these days have GPS functionality, there’s a whole new world of location-based possibilities that you can tap into with mobile campaigns. Want the user to do something when they’re in a certain area?  When they visit a certain store? When the repeatedly visit the same area? When multiple users visit the same area?  When they scan a barcode or image? There are plenty of new ‘reality-based’ conditions that you can now set in your mobile campaign, which means complex condition-based ideas such as ‘when five of your friends go to this beach together with a can of our soft drink at this day/this time, we’ll offer you this awesome deal!’ are now possible to do and think about as a campaign feature.

In addition, mobile campaigns can be much more interactive and push-based rather than passive. In the previous example, if it was to be done by web, then there’s no way to influence the user to do that activity in an incremental manner, other than sending him that description by email or via a separate ad, and then hoping that the description is enticing enough for him to do something about it as a whole.

With mobile however, because we know who their friends are, what time of day it is, where they are right now, and the ability to communicate directly with them through push notifications, you can influence them during their standard day-to-day behaviour, and not just before or after. So for example, you can influence them incrementally – ‘Your friend is in the area – how about going to the beach 40 metres away with him and have a drink and chill out?’ followed by ‘Now that you have two people, why not start a party? Invite more nearby friends by Facebook!’

It’s a much more direct yet gradual way of getting your message across to your customers, and a powerful advantage of building your campaign across a device that has the technical capability to know everything about its owner.

Successful mobile app marketing campaigns such as KFC’s ‘Snack! In The Face’ and Virgin’s ‘Game of Phones’ took into account these mobile-only characteristics, and created immensely successful mobile-first campaigns from it. For example, KFC’s ‘Snack! In The Face’ leveraged time as a factor – in order to increase sale of snacks at a specific time, you had to complete challenges at that specified time (2-5pm), and then used the virtual mobile coupons to redeem the prize in the actual store.  It achieved impressive concrete results – a 20% increase in sales over four weeks, and the equivalent of 4.85 million TV commercial views.

Virgin’s ‘Game of Phones’ utilised the GPS, the active out-and-about nature of mobile apps, and the push-based influencer characteristic as the core of their campaign, requiring users to chase each other on foot in real life to obtain prizes, with notifications to remind them when their “prize” has been stolen by someone else.

Ideas such as this are only possible with mobile, and it only works because it fits into the user’s day-to-day behaviour so well – it doesn’t make the user do something, it simply gives them the opportunity when it comes up as a part of their day-to-day behaviour (such as walking around the city). ‘Game of Phones’, like ‘Snack! In The Face’ was also a success, generating over 2.5 million screen views in just three weeks.

That said, both of these campaigns only utilised one or two characteristics of mobile, and mobile has not peaked in terms of the types of creative and interactive strategies it can pull off. If done properly with the correct mobile-orientated thinking, mobile-centric campaigns can easily generate results as-good-as or better than traditional channels, as shown on those two examples, with less time and costs than the traditional channels.

Now that we’ve established that mobile-centric campaigns can produce results given the correct strategy and leveraging of mobile technology, the next question is – but how much does that cost? In our next article, we’ll look into the fundamentals mobile app campaign economics, and why, despite common misconceptions, mobile can be an extremely cost effective way to market to your target audience.