The three keys to branded entertainment

The three keys to branded entertainment 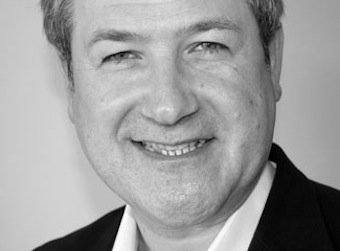 Two markets in Australia that have come under stress from changing audience viewing habits could be ready for a mini revolution through branded entertainment, the rise of smart phones and the dawn of connected TV.

The automotive and retail sectors are having difficulties in reaching the volume of customers they once enjoyed, their market share driven by traditional media has fallen, but history has a funny habit of not just repeating but, more importantly, reinventing itself.

The DNA for involving brands in entertainment were created by companies such as Proctor and Gamble with their early 1950s US radio then TV sponsored shows which incorporated (mainly) laundry products into the content, had fan clubs and product giveaways. The shows were dubbed ‘soap operas’ from which we Aussies adopted the term ‘soapies’ and carved a niche in the global TV market producing programs such as Neighbours and Home and Away.

As the TV markets began to grow around the world during the 1960s, commercials became the staple revenue for free to air networks, retail and FMCG brands moved their entertainment content from in-program (such as the late 50s Graham Kennedy In Melbourne Tonight which was loosely modelled on the US radio format) to the outside and into the thirty second theatre: the TVC. Producers had learned that entertainment and, critically, humour were vital if they were to push their products. The first key: branded entertainment never pushes, but rather pulls the viewer.

On the big screen, the Bond franchise had successfully integrated luxury product placements but it was two 1969 films all about two iconic cars – the British Mini and the German Beetle ‘Herbie’ – that wrote the next branded entertainment chapter. The cars entertained the audience and took on almost human like personalities as they performed on screen and created life-long branded communities. And here’s the second key: branded entertainment is about involving you in an experience that is integral to the storyline, and the brand is holistic. More recently, BMW’s video ‘Star’ for the 7 Series starring Madonna and Clive Owen pulled us in and entertained us in a way that no car TVC possibly could. Originally a dealer support video, it was posted on YouTube and became a branded entertainment cult… and it also showed us why you should never drink and drive!

In 2008 the Swedish IKEA brand became a branded entertainment phenomenon. Thanks to a web show Easy To Assemble created by actress Illena Douglas, who developed the idea of setting a sitcom inside an IKEA store and integrating the brand’s products and staff into the storylines, with big name actors queuing up to play cameos, top scriptwriters and high production qualities delivered entertaining program with over 20 million views and a branded community: ‘Swedish meatballs’! Target US has just entered into this space with a similar format shot inside their stores starring known actors but pushing the branded entertainment space further by using technology to enable the viewer to access more information about the clothes or products featured in the scenes live, receive samples and also purchase them. The viewer – sorry, customer – then has the choice of home delivery or a bricks-and-mortar pick up which offers the opportunity for added sales.

Key number three: the branded entertainment ecosystem is fast becoming a fusion of cross-platform-converging skills including creativity, business thinking and technology. It could be time for all brands, not just automotive and retail, to look how they entertain their audiences as they reach to click on the ‘buy now’ button…