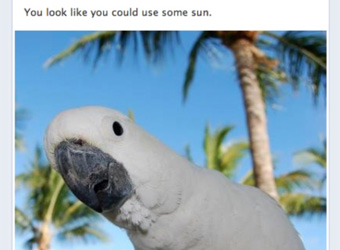 To pursue its goal of making Australia the world’s most talked about holiday destination in social media, Tourism Australia has released a social media guide for tourism operators.

The guidelines aim to turn the near one million people employed in Australian tourism into ‘The World’s Biggest Social Media Team’, by empowering the industry with the tactics used to attract millions of followers to the ‘SeeAustralia’ Facebook, Google Plus and Instagram accounts.

Gathering a loyal army of fans to act as ambassadors for the country is one of the key strategies listed in the guide. “Ultimately, we want our four million Facebook fans, the 23 million Australians who live here and the 6.1 million people who visited last year to become part of the world’s biggest social media team and ambassadors for our country,” Tourism Australia managing director Andrew McEvoy, comments.

Creating social media platforms for fans and allowing them to be the ‘hero’ is one of the five steps to social media success listed. The presentation (shown below) gives the example of 81-year-old Facebook fan Harry Willey, who regularly engages with fans, as one of Australia’s most passionate advocates.

The guide suggests not just telling the destination’s own stories, but giving people compelling stories they can tell themselves and share with their networks. Free wifi access is highlighted as an important enabler for telling stories in the moment.

Tourism operators are also advised to be on the look out for ‘big waves’ and small waves’ to ride in their social media activity – small waves being content easy to get mileage from, such as fans photos, and big waves being contextual opportunities, such as SeeAustralia’s “Yes, we’re alive” Facebook post on the day predicted by the Mayan’s to be the end of the world.

Test and learn was another key mentality promoted, with operators encouraged not to be afraid of new ideas.

McEvoy highlights the affordability of social media as an entry point for small to medium companies in the tourism sector.

“78% of our industry is made up of small to medium sized enterprises, and a lot of them just don’t have the time or the resources to fund traditional marketing campaigns. Social media has levelled the playing field for everyone and is a proven and effective way to secure endorsement,” he says.

“If I own a hotel and someone tweets or posts about it on Facebook, they’re advocating for my business. This makes everyone who comes through the door a potential fan and advocate. We see the same opportunity from everyone that visits our shores and the industry can help itself by embracing the power of social media.”

Tags:
Previous Article
Context, value and competence crucial for mobile campaigns: study
Next Article
Staying ahead of the game