We’ve all been told the future of content marketing is video and, if Facebook is to be believed, there will be no more text within five years. And yet several studies have shown that written content is as popular as ever. Lauren Quaintance asks if there’s more to the video revolution than we’ve been led to believe. 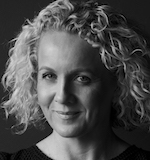 If you read articles about the future of digital content, it’s easy to believe that very soon we won’t be reading words online at all. After all, technology company Cisco has said that 80% of all internet traffic will be video in three years’ time. And no less a force than Facebook has predicted that there will be virtually no text on the mega social platform within five years.

You might assume this trend has something with our declining attention span which has fallen from 12 seconds to eight seconds in less than two decades and is often compared to the much-maligned goldfish. We know very few of us finish the articles we click on, and more than half of us share articles on social platforms when we haven’t read a word of the actual story.

Video is undoubtedly easier to digest since the brain processes video 60,000 times faster than the printed word. “The best way to tell stories in this world, where so much information is coming at us, actually is video,” Facebook’s head of Europe, Middle East and Africa Nicola Mendelsohn said in June. “It conveys so much more information in a much quicker period.”

And yet, according to a recent study by the Pew Research Centre, 42% of those supposedly capricious Millennials prefer reading the news, compared to 38% who prefer watching it. And research about internet browsing habits released by HubSpot in June showed 51% said they wanted to see more news articles in future versus 40% who wanted more video.

Is it possible then that the push to video is being driven more by platforms and publishers than the audience themselves? Facebook has clearly said its algorithm now prioritises video, and sceptics might say that’s because videos are likely to have longer engagement times and hence drive more revenue for the platform. Equally it is in publishers’ interests to serve up more video since it delivers higher CPMs for advertisers.

That’s certainly the conclusion researchers at Reuters Institute came to July in their report ‘The Future of Online News Video’ They found that 97% of audience time on news sites is spent on text although video consumption via social was higher. ‘So far, the growth around online video news seems to be largely driven by technology, platforms, and publishers rather than by strong consumer demand,’ the report’s authors wrote.

The Reuters research showed that those who prefer text say it’s because it’s ‘quicker and more convenient’ than watching a video even with the explosion of video with sub-titles designed to be watched while muted that falls somewhere between watching and reading.

Still, there is no denying that video is an unstoppable force and the question for marketers struggling with limited budgets for content creation shouldn’t be whether to use video, but when and how. Analysis of the Pew research suggests that digital video is best suited for big, breaking news stories where audiences want to feel that they are as close as possible to the story, and soft relatively trivial pieces where we can ‘quickly and silently consume information without a large cognitive investment’.

To my mind videos also work well for highly emotive content and ‘how to’ or explainer content, but there are plenty of instances where a video is frankly unnecessary. One example is the ‘talking head’ video where an expert talks to camera about the financial markets or property prices and the visuals add very little to the story.

Video will undoubtedly play a big part in the future of content, but marketers who can rest easy that text is not dead yet – and nor should it be.

Tags:
Previous Article
What went wrong with Pokémon Go? Three lessons from its plummeting player numbers
Next Article
Can Samsung recover from the Note7 fiasco?